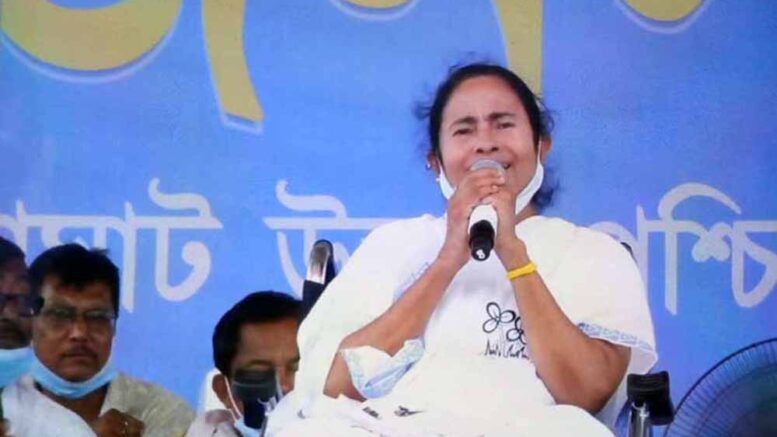 Ranaghat, April 12: Chief Minister Mamata Banerjee on Monday said that the firing in Sitalkuchi by the central force relived the trauma of police firing that killed 13 persons on July 21 of 1993 in Kolkata. She told this in Ranaghat while delivering speech at an election rally.

“It is a horrible incident that relived the trauma of loss of 13 lives who were killed in police firing during Lalbazar abhijan on July 21, 1993. It is almost a similar incident when innocent people were gunned down by police”, she said.

She alleged that a conspiracy was hatched a day before the fourth phase of election in Sitalkuchi where four voters were killed in a firing by central forces during the poll.

She claimed that the local BJP MP Nisith Pramanik and the Superintendent of Police Debasish Dhar had held a meeting a day before the incident. She also said that a probe will be ordered once the election is completed while adding that she has collected the names of the CISF personnel who actually opened fire and killed the four voters.

Showing a list of names on a paper during her meeting in Ranaghat, Mamata said, “I have collected all the details about the jawans who opened fire. I will spare none…I also came to know that the SP had held a meeting with the MP where everything was planned”.

Prime Minister Narenda Modi, however, in a counter allegation accused Mamata Banerjee of fomenting tension by instigating people to attack the central force personnel. “It was a conspiracy by Didi to prevent people from voting while ensuring chhappa vote. But the plan was foiled by the Central force personnel which apparently made her angry”, Modi said in a rally in Kalyani.