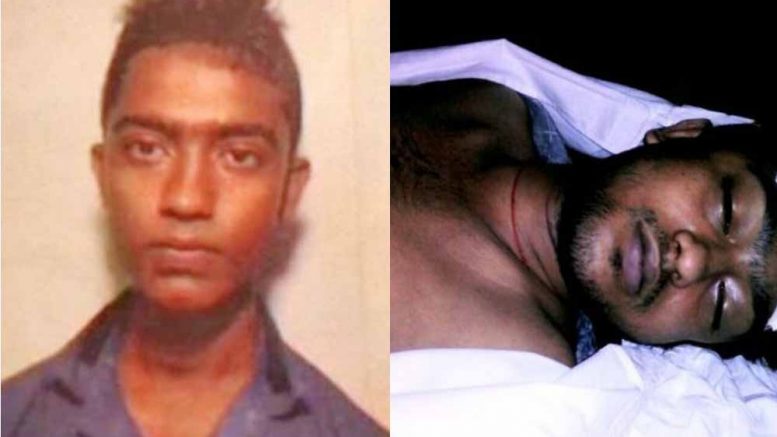 Kalyani, April 23: In a bizarre incident a second year student of a private optometry college in Kalyani had died after one of his batch mates accidentally hit a cricket bat on his head. The incident occurred on Sunday evening when the bat apparently slipped off the batsman’s hand and hit the deceased youth, who was wicket keeping during a practice at a ground adjacent to their hostel. A seriously injured, Kaushik Acharya (22), a resident of Khargram of Murshidabad, fell unconscious and taken to Jawaharlal Nehru hospital in the town, where he succumbed to injuries later in the evening.

The deceased youth was a student of Dr. KR Adhikary College of Optometry and Paramedical Technology located close to ITI crossing in Kalyani town.

Kalyani police have started a case of unnatural death. Debananda and Padma Acharya, parents of the deceased students have appealed police to conduct a fair probe into the incident and to find out if any foul play led to the death. The bereaved couple, however, lodged no complaint with police for death of their son.

Kaushik’s father Debananda Acharya, a state government employee said, “I have decided to wait for the post mortem report. I will lodge the complaint only if I found anything suspicious. But, I have appealed police to conduct an honest probe to find out the truth”.

Police sources said that Kaushik was wicket keeping when the incident occurred. He stood very close behind the wickets when the bat slipped off the hands of batsman Sandip Mishra, a batch mate and hit Kaushik’s head.

A student of the college, who was in the field said, “Kaushik stood very close behind the wicket as a slow bowler was bowling. A delivery pitched high and Sandip tried to play a pull shot. But in the effort, he eventually lost control of his body and the bat slipped off his hand hit on the right side of Kaushik’s skull. He fell unconscious immediately. We took him to the hospital, but he soon went into coma and died barely within an hour”.

An officer of Kalyani police station said, “It appears that the batsman hit the deceased accidentally. Nevertheless, we are looking into all possible aspect behind the accident”.

Principal of the college Tapan Kumar Adhikary, said, “This is most unfortunate incident. It appears to be an accident. However, I have requested police to find out if wrong done with the boy”.