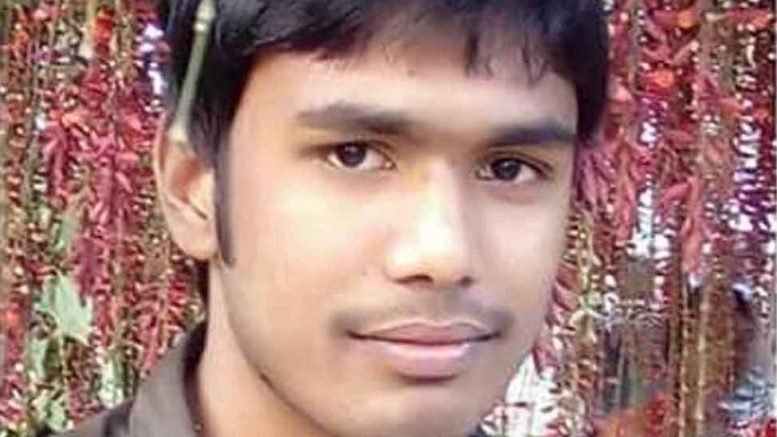 Ranaghat, Feb. 28: Raj Bhakta, a student of class XII at Purnanagar high school in Dhantala, died this afternoon while taking a selfie using his mobile phone with a fast approaching train on his background. Raj who stepped on railway tracks died on the spot as a Ranaghat bound train hit him near Mission gate in the town.

Eye witness claimed that Raj , 17, a resident of Godownpara area of Dhantala who was accompanied by two of his friends decided to jump off the tracks at the last moment. But, he failed to jump off as and hit by the train. Watching him gasping on the track in a pool of blood, the two friends who could not be identified, escaped from the spot being afraid of the outcome. Some local traders informed the GRP officials who rushed to the spot and recovered the body. The body will be sent for post mortem tomorrow.