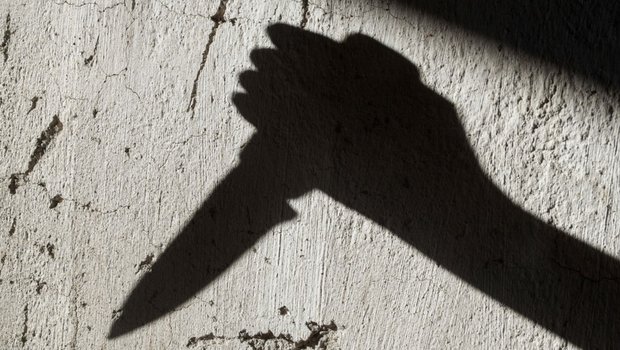 Santipur, Jan. 14: Santanu Mahato (34), alias Gana, a Trinamul worker was allegedly hacked to death by suspected party actiarindam vists of a rival group in the Burrabazar area of Nadia’s Santipur on Tuesday afternoon.

Police sources said that the miscreants had also shot the deceased from close range first when he was having tea at a stall. He was later attacked with a sharp weapon to ensure death. Some local residents rescued him and rushed to District hospital in Krishnagar, where doctors declared him dead.

Local sources said  Santanu fell victim of internal rivalry between local MLA Arindam Bhattacharjee and Municipality chairman Ajoy De that for the past few years remained as a matter of embarrassment. Deceased was loyal to Ajoy De faction, but earned wrath since he refused to join the rival faction. Santanu’s wife Jhumpa has categorically alleged indulgence of party MLA behind the murder.

However, Police said, the deceased had a number of criminal antecedents and recently released on bail in a case. Investigating officers suspect personal enmity led to the murder.

“Those who killed my husband are all close aides of the Santipur MLA Arindam Bhattacharjee. They killed my husband because he was loyal to Ajoy De. MLA used to implicate party workers in false cases who do not join his group, she alleged

Family members alleged to settle the score with Santanu and some others, a gang of about a dozen armed Trinamul workers with alleged proximity to MLA Arindam Bhattacharjee arrived in BrahmhaPara area in Ward 13 of the town on Tuesday afternoon and started firing indiscriminately.

The miscreants eventually spotted Santanu, who was taking tea and attacked him. They first shot him when he tried to escape and hacked him he fell on the ground. He died on way to District hospital in Krishnagar.

MLA Arindam Bhattacharjee, however, ruled out any internal bickering as well as the allegations against him.