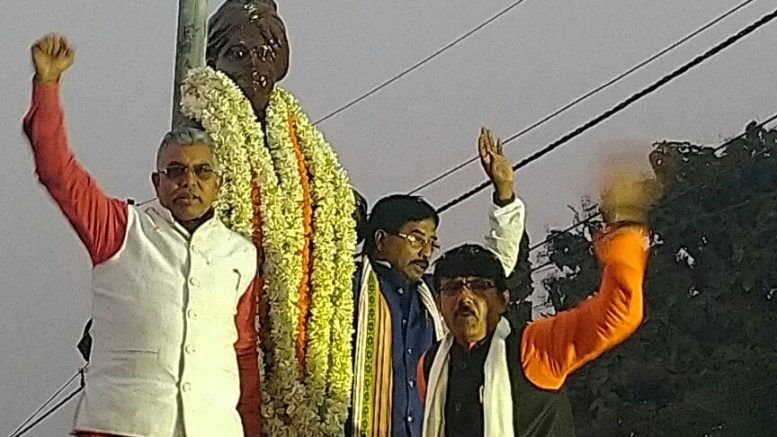 Ranaghat, Jan. 12: West Bengal BJP president and party MP Dilip Ghosh threatened to ‘shoot and kill’ those who would make arson and damage public property quite similar to UP Police done there. Ghosh said that BJP would do so this in the state when it comes to power.

He was speaking at a public meeting organized by the party’s Ranaghat district organizing committee in support of the Citizen (Amendment) Act, 2019 on Sunday evening. Creating a fresh controversy, Ghosh said, “We will never silently watch some people damaging public property of crores of rupees and setting them on fire. We will shoot and kill them when coming to power”. Flaying chief minister Mamata Banerjee for no police action on such rampage which the state witnessed during December last year in the name of protest against the CAA, Ghosh alleged that ‘no action was taken against them’ as they are her party’s vote bank. “You did not bother to take any action or to say anything against them because they are your voters….But, see in Assam and Uttar Pradesh, where BJP governments are in power. They shot those people and killed them like dogs”, Ghosh said. He also reiterated that whosoever be found involved in arson and damaging state properties will be shot in the same way the UP police have done it.