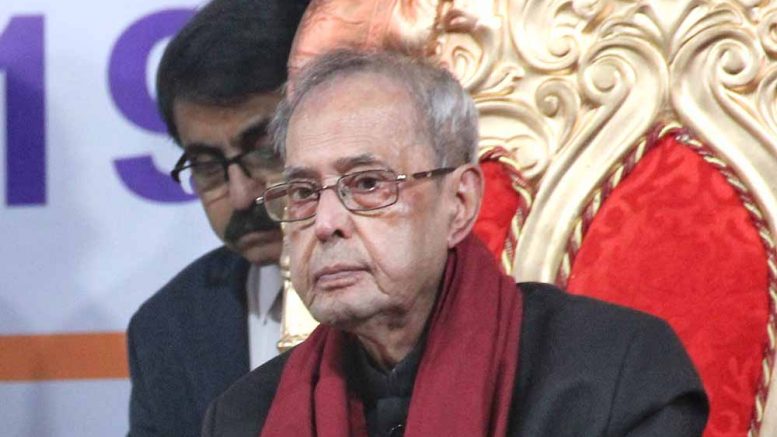 Mohanpur, March 19: Former president of India Pranab Mukherjee on Tuesday expressed his deep concern over the “unabated” suicide of the farmers across the country which he said are quite “disturbing”.

Quoting a news agency report while delivering his lecture as chief guest at the XXI convocation of Bidhan Chandra Krishi Viswavidyalaya (BCKV) in Nadia’s Mohanpur , the former president of the country said that from December 2018 to January 2019, at least 909 farmers had ended their lives only in the Marathwada region alone. He said that this is an “extremely grave condition” which needs to change.

Suicide of farmers are largely due to their ‘indebtedness” has become an embarrassing issue to the centre and state governments across the country. Farmers are buckling under the weight of their debts and numbers of suicide are increasing in an alarming rate, which Mukherjee indicated.

The National Crime Records Bureau of India reported in 2004 that 18242 farmers committed suicide. Quoting NCRB report former vice president said in 2012 13754 farmers ended their lives, which he termed as a “grave” condition.

Expressing his concern, Mukherjee said, “Most if these suicides are due to their indebtedness. They toiled much but what they earned after hard labour was not enough to pay the money the borrowed…We have to solve this problem”.

He told the students to come up extend a support and to find a solution so that the farmers are survived, “History always asks questions of the future. You are the future of this Nation and the people demand your support.”

Mukherjee also said, “I too cannot absolve my responsibilities …”

He laments as there is no consolidated data is available on such death of farmers. But, he added that disturbing pictures of unabated death of farmers emerging from agrarian districts across the country. Quoting a news agency report he said, “Around 909 farmers ended their lives in Marathawada region alone between December 2018 and January 2019. This is extremely grave situation. Life is extremely precious and the sole cultivators of our bread and butter have to end it due to distress and poverty is the biggest failure on our part. They, because of whom we receive our emails, need our consideration”.

Mukherjee also pointed out that “undeveloped” roads and problem of storage have become a serious “bottleneck” in the agriculture sector.

Earlier Chancellor of the BCKV conferred degree of honoris causa (Doctor of Science) to scientist Sekhar Basu, former chairman of Atomic Energy Commission and to Trilochan Mohapatra, Director General of Indian Council of Agricultural Research. 480 students and researchers were awarded degrees and award during the convocation.