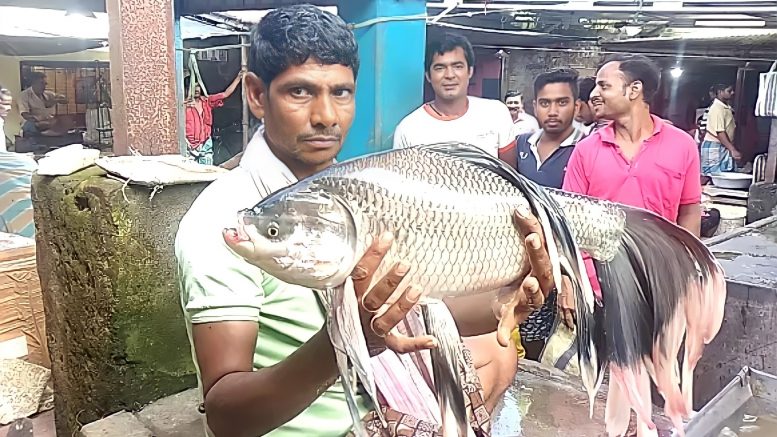 An unusual Catla fish, which is also known as the major South Asian carp, that was netted from the river Jalangi by a fisherman in Nadia‘s Bethuadahari has created curiosity among the fish farmers and scientists. The tail fin of the fish is massive and looks like the deeply-forked tail of Goldfish. Dipankar Rajbanshi, the fisherman who netted the fish, brought it to the market, but eventually decided not to sell it and release it in the river. Some fish farmers shared the picture of the fish with the central government fish research organization in Barrackpore. A researcher predicted that the fish is most probably a result of an experiment of Catla with goldfish. But it couldn’t be ascertained conclusively who conducted such an experiment. NfN picture