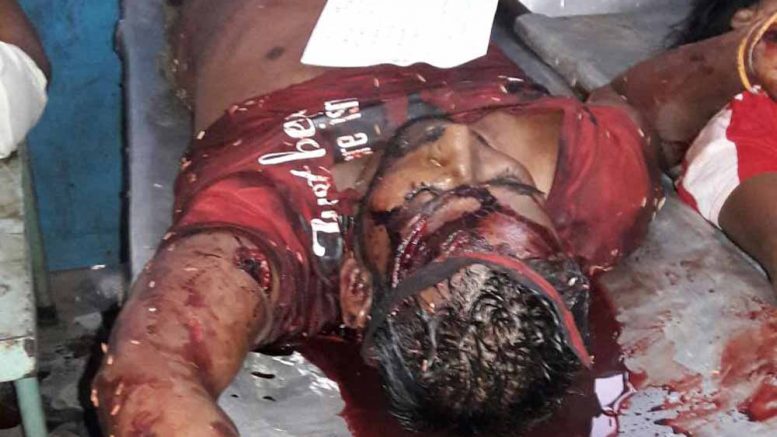 Chapra, July 15: Police have today arrested a 48 year old woman from Doiyerbazaar area of Chapra for conspiring to kill her son as he was vocal against her illicit affair with a man in the village. Police have also arrested accused woman Koushallya Biswas, her paramour Sankar Ghosh and his brother Buddhadeb, who allegedly killed Santosh Biswas (26) with sharp weapon with help of some other of his family members on last night.

Police said that the incident occurred in Maharajpur when Santosh, a mason by profession, was going to a neighbor’s house after taking his dinner. After preliminary investigation police came to know that Sankar, his brother Buddhadeb, two of his sons and Koushally attacked Santosh with sharp weapon and hacked him randomly until he died on the spot.

Local sources said victim’s father was also murdered in a similar way. Locals alleged Koushallya and her paramour were involved behind that murder too . “Santosh in recent past came to know about the dubious role of her mother. Since then he often had heated exchanges with her mother and later forced Koushally out of house. Koushally from then started living with Sankar”, a neighbor said.

But, fresh trouble began a few months ago when victim Santosh developed an affair with daughter in law of Koushallya’s paramour Sankar’s elder son.

Police said, this angered Sankar’s family members who decided to teach Santosh a lesson. Nadia police chief Sheesh Ram Jhajharia said: “It appears that the youth was killed as he protested against illicit affair of her mother. We have arrested the woman and being interrogated”