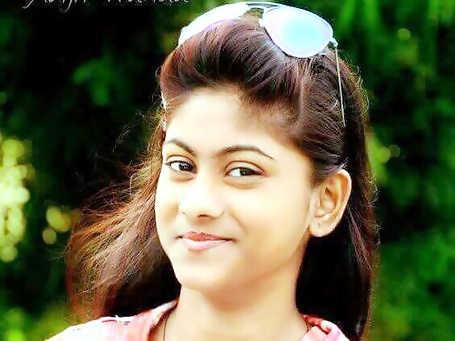 Ranaghat, July 2: A 20-year-old woman was found murdered at her home on Monday evening in Nadia’s Pairadanga. Police said, deceased Sushmita Sarkar, who left her in-law’s house in Sheoraphuli six months ago and was living at her paternal home, was killed by a grab hoe.

Police said, the deceased was hit by the instrument on her head by the assassin. The woman was found lying dead on the bed of a room at her parental home in Natun Gopalpur village with her head severely thrashed. The investigating officials have found the grab hoe in the room which was lying close to the body.

The victim in last year got married to a youth in Sheoraphuli after a courtship for over six months. But following a conjugal difference she left Sheorafuli and did not return.

The murder came to light when Sushmita’s brother, Souvik, a student of class seven returned home from playground in the evening only to find the door open and her elder sister Suchismita lying in a pool of blood inside. The terrified boy alerted the locals, who informed police. A team of Ranaghat police arrived at the spot and recovered the body for post mortem.

Police said, the murder took place between 3.45pm and 5.45pm, when victim’s brother was busy plying football and her parents were in work out of home.

Police have started a murder case on the basis of a complaint lodged by girl’s father Gopal Sarkar, a lottery ticket seller. However, no one was specifically named in the complaint. However, initiating investigation, the sleuths have detained a youth for interrogation who used to visit Suchismita at her Pairadanga home and had allegedly developed an affair recently through a social media site.

Local sources said on Monday afternoon, the youth was seen visiting the victim’s house. They also heard an altercation.

An officer investigating the case said, “The motive of the murder is not clear. But it is clear the assassin was well known to her. We have examined the call details of the deceased and found a number youth on her recent contact list. A possible multiple affair is being looked into as the reason behind the murder. We are waiting for post mortem report to ascertain if the woman was rapwd before being killed”.

Superintendent of police, Nadia Rupesh Kumar said, “We have detained a youth being  a suspect into the incident. We are interrogating him as well as victim’s estranged husband. We will intertogate all other persons who could be involved into the incident. But, there is so far nothing found conclusively in connection with the murder. We are examining all the possible aspects behind the murder”.

Bina Sarkar, mother of the victim, who works as an attendant said, “Me and my husband leave home for work early in the morning. Our son also leaves home for school. So we have no knowledge when and how our daughter developed relationship with others. She also never told us anything about it”.

Victim’s father Gopal Sarkar said, “I often had watched my daughter speaking over her phone, sometimes very angrily. She used to remain very busy over phone. But, I could ask her about those calls as she could feel embarrassed. But, probably she paid with her life for these calls”.