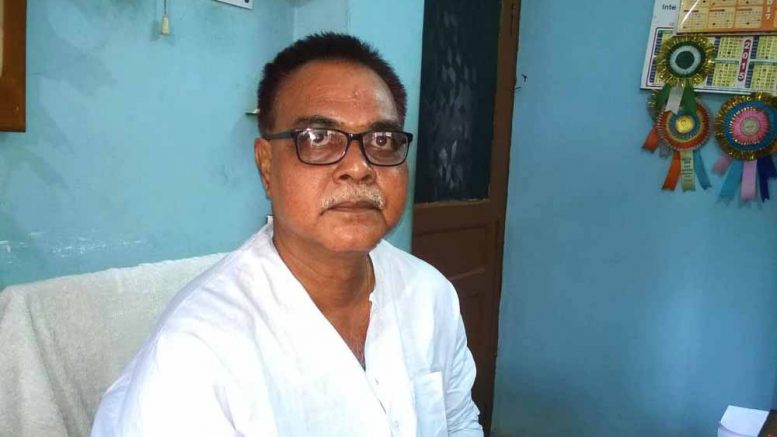 Ranaghat, June 20: Police today arrested a youth allegedly for beating up a physically challenged elderly lawyer attached to the additional chief judicial magistrate’s (ACJM) court in Ranaghat for protesting against honking of horn on a congested road while riding a bike without a silencer.

On Monday evening on his way back home to Ghatakpara lawyer Suvendu Chatterjee (63), vice president of Ranaghat Bar Association, asked the accused youth to stop honking. But, the youth, identified as Subhojit Biswas (29) in turn lost his cool and tried to kill the lawyer by hitting him with a brick blocking his way.

The incident occurred on Sashthitala road, when Chatterjee, who cannot walk properly due to a broken femur bone, was returning home riding a rickshaw.

The accused youth Suhojit was produced before the ACJM court in Ranaghat today. ACJM Sanghamitra Poddar ordered jail custody for him for 14 days. No lawyer today agreed to defence the accused expressing solidarity with the senior lawyer. The court has also granted a prayer for test identification (TI) parade made by assistant public prosecutor Pradip Pramanik. “The date for the TI will be decided later which will be held within the custody period of the accused”, the APP said.

Additional superintendent of police (Kalyani) Swati Bhangali said: “A case has been started against the youth who has been charged with attempt to murder (307), causing hurt (323), wrongful restraint (341)and theft (379) under relevant sections of Indian Penal Codes”.

Trouble broke out for the lawyer last evening when his rickshaw reached Sashthitala road. There was traffic congestion on the narrow thoroughfare. The youth stopped behind Chatterjee’s rickshaw riding his bike without a silencer and started honking seeking passage. But there was no passage to go.

“The youth was apparently in hurry and honking continuously for passage. But, there was traffic congestion on the road. The honking coupled with sound of his engine created a deafening sound. So I told him to stop honking or switch off the engine. But, he ignored my plea and continued honking. Some other people also made similar requests, but he preferred to ignore all. After few minutes when the road was clear, the youth blocked my way overtaking my rickshaw a little away and started punching me pulling me down with abusive language. I lost my balance and fell on the ground due to the sudden attack and debilitated legs. The youth continued kicking me and finally tired to kill me by hitting with a brick, but some locals rescued me eventually. However, before that the youth snatched my gold chain and a cash amount of Rs.6000/-”.

Lawyer Milan Sarkar, secretary of Ranaghat bar association said: “This is a very shocking incident. While chief minister advocating for strong action against reckless driving, but police preferred to watch it as mute spectators”.