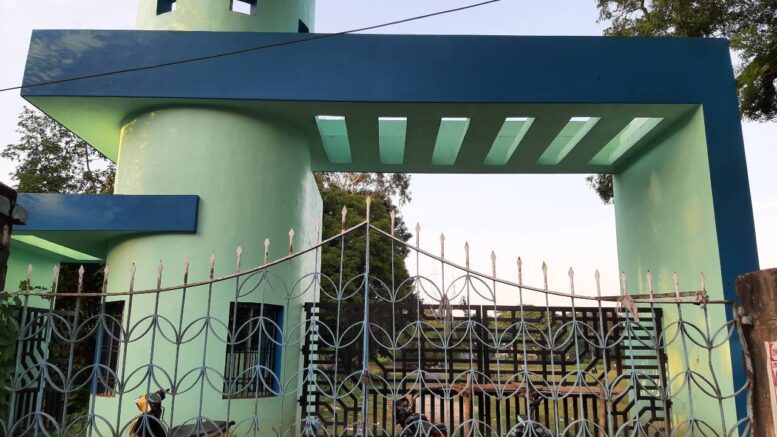 The entrance of the Kanyashree University campus in Krishnagar

Krishnagar: The Kanyashree University, a dream venture of chief minister Mamata Banerjee is all set to become operational for students from Tuesday (November 3) when the admission process to the four post-graduate courses would begin through its dedicated website www.kanyashreeuniversity.in.

The website was launched on Monday by the university’s newly appointed vice-chancellor Professor Mita Banerjee and Nadia District Magistrate Vibhu Goel. Interested students will be able to submit their applications for admission to their chosen courses through the website free of cost.

However, they would be required to pay a fee for admission once their names are empanelled in the merit list, which is expected to be published on the website on November 20. The admission would begin from the next day.

The University authorities, however, so far not specified the seat limit. Sources in Bikash Bhawan said that in the first session grossly 250 students are likely to be allowed admission. The University authorities have been trying best to begin classes through an online platform by the end of November engaging at least two guest faculty members per subject.

To begin with the university would offer PG degrees only in English, Bengali, History, and Education. The authorities have planned to introduce unconventional PG courses on Nutrition & Health Care, Law among others which would be helpful to explore new job avenues for women.

“We are all set to begin with four subjects. More subjects are expected to be introduced from the next academic session. At present we will begin with an online class due to the pandemic situation. Since no provision for appointing regular teachers has so far been made, guest faculty members are being engaged to take the classes”, said vice-chancellor Mita Banerjee, who was earlier appointed as the founder VC of West Bengal University of Teachers Training and Adamas University.

The University authorities have been preparing to arrange classroom lessons for the students at the Krishnagar Women’s College campus on a temporary basis when the government would notification. The temporary campus will be used until its own building for the Kanyashree University, which is Bengal’s second exclusive university for women after the Diamond Harbour Women’s University is constructed on a 10-acre land given free of cost by Krishnagar Municipality located adjacent to the Government College ground in the town.

“We are very much thankful to the Krishnagar Women’s College authorities who have provided us 8 big rooms and a seminar hall for imparting classroom teachings. They have also assured us to provide laboratory as well which would be very helpful when we would begin laboratory-based courses from the next academic sessions”, vice-chancellor professor Banerjee said.

Last year chief minister Mamata Banerjee laid the foundation stone of the university building. However, the construction work of the University campus is yet to begin for technical reasons. So far the only the boundary wall has been erected around the proposed campus.

While the classes will be held temporarily at the Women’s College campus, the Nadia administration has arranged the Principal’s quarter of the Krishnagar Government College to use it as the Vice Chancellor’s temporary office.

“We are grateful to the Nadia district administration which has extended all sorts of cooperation to make the university operational. They are renovating the Government College Principal’s quarter for us to use it as my administrative office on a temporary basis”, vice-chancellor Mita Banerjee added.