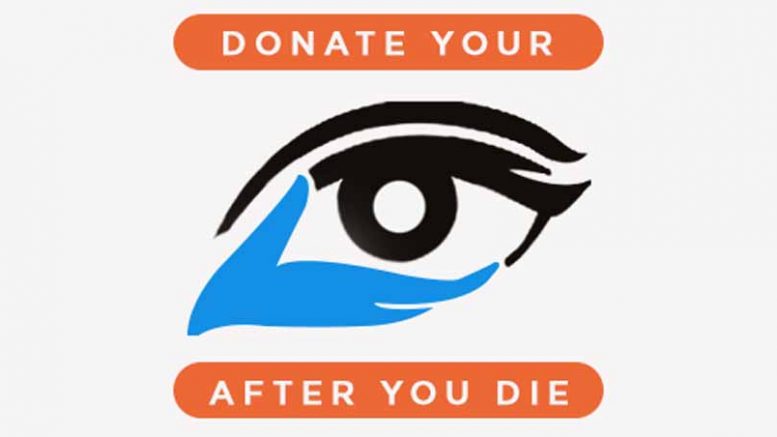 Kalyani, Dec. 26: Even as tragedy struck making an irrecoverable personal loss due to sudden death of his father in a road accident, a young teacher showed great compassion by donating his eyes to fulfill his father’s last wish.

On Monday night a little after his father succumbed to injuries at Jawaharlal Nehru Hospital, Arindrajit Pal, a computer science teacher of Hooghly based Academy of Technology, called hospital’s superintendent Subikash Biswas and requested him to retrieve his father’s eyes so that it can be used to restore vision in people suffering from corneal blindness. The JNM Hospital authorities worked with alacrity with the Barrackpur based Prova Eye foundation, which retrieved the Arindrajit’s father Narayan Chandra Pal’s eyes late past midnight as per his wish.

Police today handed over Pal’s body to his bereaved son Arindrajit and wife Snigdha after post mortem. Police started a case against the unidentified Maruti driver.

On Monday evening, 76 year old Narayan Chandra Pal was fatally injured when he was hit by a speeding Maruti Van during evening walk near his home in Kalyani B-3 block. He was rushed to JNM hospital in the town, where he succumbed later in the night. The elderly person was an officer of state audit and accounts department and former executive officer of Kalyani Municipality.

“Death of my father came to me as a sudden shock. Nevertheless, I decided to fulfill his last wishes by donating his eyes to eye bank. I heard that my father had pledged to donate his eyes. However, I could not find out any document at home. So I requested the hospital authorities to help me to fulfill my father’s wish. It was quite late hours of a winter night. Still I appealed him for help. I am thankful to the doctors of JNM Hospital and the Prova Eye Bank who shown their deep regards to accomplish the wish”, said Arindrajit.

JNM superintendent Subikash Biswas said: “Son of the deceased has shown great maturity.  In many cases we have seen despite a pledge made by demised person, the noble objective spoiled due to irresponsible role of bereaved family members”.

“On last night we have very little time as the eyes were needed to be retrieved within six hours of death. However, the Prova Eye Bank authorities rushed to Kalyani fast and retrieve the eyes a little before midnight”, the superintendent said.

Biswajit Saha, a member of Prova Eye Bank team that retrieved the eyes said: “The son and relatives of the demised person shown great awareness. Despite awareness initiative by government and other agencies encouraging people to come up for eye donation, many families act insincerely. But, this family is an exception”.

Sankareswar Dutta, who runs Suvendu Memorial Seva Pratishthan Eye Donation Centre, near Krishnanagar and organizes awareness camp, said: “There is still lack of awareness among people. If people like this family come up with sincerity many people suffering due to corneal blindness could get back their vision”.