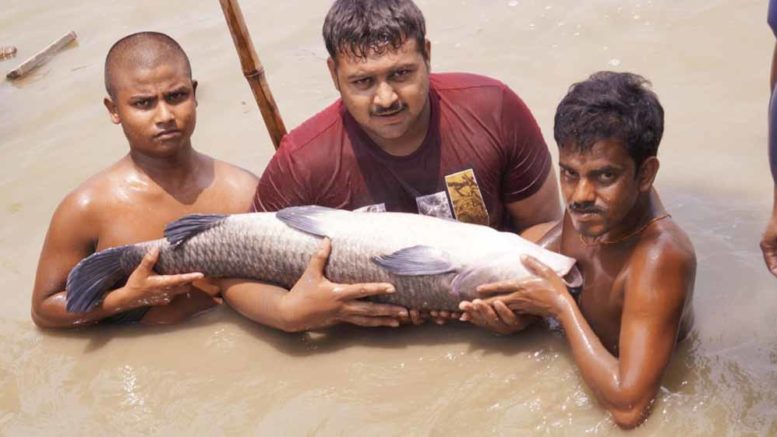 June 02: People in Bengal would find it hard to satisfy their appetite with the delicacies of ‘Machh-Bhat’ from January next year, as the fish traders apprehend a major shortage in supply of fish to the dining tables owing to suspension of breeding due to the ongoing lockdown.

Since the lockdown has severely affected the breeding period of most the wanted varieties of Indian major and minor carps like Rohu, Catla, Miguel, Bata and some carnivorous fishes like Chital, Boyal, Shol, the fish breeders in Asia’s largest fish-seed zone located in Naihati’s Rajendrapur, as well as in other seed zones like Pandua, Kalna, Bankura, and Coochbehar could not so far eject eggs for the induced breeding.

As a result almost all the water-bodies in the state, those rear fish have remained empty since no spawn or fingerling fish could so far be released there due to lockdown after the mature ones already sent to the market.

Fish traders claim since nearly two months of the six months’ breeding season of the carp and some carnivorous varieties that began from March are over, a major shortage in supply of fish in the market will not just hit the Bengali kitchens but the markets across the country by the end of December this year.

A huge quantity of spawn and fingerling fish are regularly sent to states beyond Bengal in oxygen packs which are reared and supplied to the local market while a small amount still returns to Bengal in mature sizes.

The fish breeders appealed to the centre’s Central Institute of Freshwater Aquaculture and the state fisheries department for exemption on the use of labor force and ‘one-time’ permission for transportation. However, no response has so far been heard from either.

In last year India produced around 13 million tonnes of indigenous varieties of fish. But, the fish breeders and traders apprehend this would come down around 60% by the end of this fiscal year. Sources in the state fisheries department said that a present state has a yearly requirement of 19.5 lakh tonnes of fish of which 85% are being meet up through local varieties, whereas the 10% is managed by fish brought from Andhra Pradesh and 5% managed through supply from Odhisa, Gujrat, and which include marine verities.

A major portion of this 85% local fish is mainly the reared breed of the Indian major and minor carps supplied from the Rajendrapur seed zone in Naihati, which regularly sells 1300 tonne spawn and fingerling to the rearers across the state.

But during the past two months, the 671 breeders in this zone could not supply any variety of spawned and fingerlings for rearing despite the ongoing breeding season.

A hatchery owner in Nalban, who takes fish from Naihati, said, “The trend indicates a deficiency of about 60% (11.7 lakh ton)  in the market by the end of this year. This means to meet the market demand around 40% fish would require to be outsourced”.

Fish breeder Bablu Kumar Ghosh, 57, who is president of Rajendrapur Matsya Bazar Unnayan Committee said, “The breeding process that begun from March was interrupted due to lockdown. As a result fingerling fish could not be developed for release in water bodies across the state for rearing. Unless no breeding is done and the fingerlings are released there would be no fish to supply after eight months from now”.

“But, since the breeding process could be done from March, our people will be deprived of their favorite “Macch-Bhat’ from December this year. This crisis cannot be managed by sea fish or other limited local varieties. So there will be a huge gap in demand and supply”, Ghosh added.

A fingerling fish takes around 8 to 9 months to be matured for table supply.

According to a breeder, in March brooding fish, put to eco-hatcheries when eggs ejected for induced breeding in a pool. This is an external method of reproduction where the brooding fish release many unfertilized eggs into the water, where at the same time males release a lot of sperm which fertilizes some of these eggs. It takes 72 hours to turn eggs into spawn known as “Dim Pona”. These spawns are released in the nursery pond. Spawns take three weeks to take shape of fingerling, a fish equal to the size of a finger, which are released for rearing in bigger water bodies.

“Since this chain requires a huge number of workers at a different level including while transporting to the destination, we appealed both to centre and state for an exemption from lockdown restrictions seeking onetime approval from ferrying to destination. But nothing was granted so far while brooding fishes are absorbing the eggs”, Ghosh said.

State fisheries minister Chandranath Singha acknowledging the issue as a serious one claimed that the state government has issued an exemption for use of labor in breeding and for transportation. “With the consent of the chief minister, I discussed the matter with our officers. The Assistant Director of Fisheries and the District Fisheries Officers have been directed to extend all possible help to the breeders. However, I have to check if my instruction was properly conveyed to the breeders at the district level. We are also very worried about the situation and would try best to overcome it”.