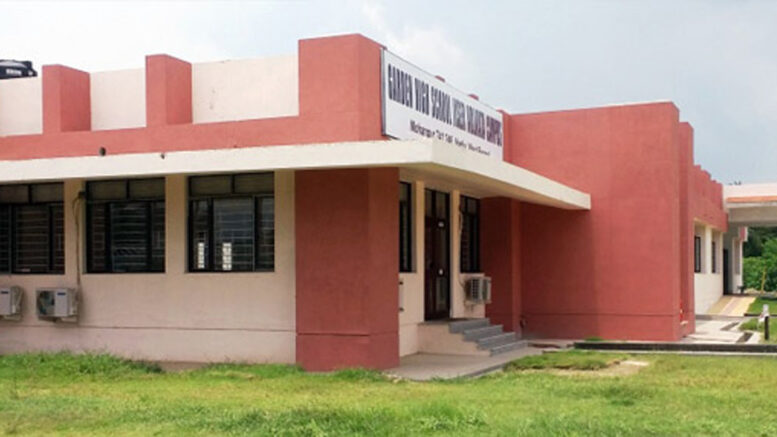 Kolkata/Mohanpur, Aug. 17: The Central Board of Secondary Education (CBSE) has filed an appeal before a Division Bench of the Calcutta High Court challenging an interim order passed by an earlier bench that had directed the issuance of provisional affiliation to the Garden High School-IISER, located on the IISER-Kolkata’s Mohanpur campus in Nadia, by August 14 in order to ensure the admission of students who have cleared Class VIII this academic year.

In the appeal filed on August 13, the CBSE had contended that Justice Soumen Sen had passed an “erroneous” and “unreasonable” order “by taking irrelevant factors into consideration” and ignoring relevant affiliation bylaws.  The National board of education, in its appeal, had also reiterated the need for a mandatory lease deed over the land where the school is located, which Justice Sen had rejected in his July 30 order. While the respondent, Satikanta Guha Foundation (SGF), that runs the school for IISER-Kolkata, refused to comment, IISER officials and guardians of the students rubbished the content alleging that CBSE was contradicting their own bylaw provision in order to harass students.

In the July 30 order, the court had rejected the need for a lease deed owing to the existence of a formal agreement signed between IISER-K and the SGF on November 19, 2014.

Sources said, however, that CBSE found the interim order to be “contrary to the provisions of the affiliation by-laws” and submitted that it would “adversely affect academic standards and set a bad precedent”.

“The court has apparently ignored the fact that the SGF does not have a registered lease deed of the land. We reiterated that this is a mandatory requirement for affiliation under the relevant bylaws. This deficiency earlier resulted in rejection affiliation appeals,” a CBSE official said.

In 2015, IISER-K had chosen SGF to set up and run a school from secondary and higher-secondary levels on its Mohonpur campus for the benefit of staff children and local residents. But, starting in 2019, the CBSE on a number of occasions rejected SGF’s appeal for the affiliation of Garden High School-IISER on the grounds that it has no boundary wall and said the no-objection certificate issued by the IISER-K was not vetted by the Ministry of human resources development. This prompted the SGF to file an appeal before the Calcutta High Court in August 2019. The issue of boundaries reportedly came up irrelevant because the school is located inside a well-fenced campus of the IISER.

existence of a formal agreement between IISER-K and SGF. This prompted SGF to file an appeal challenging the rejection order. On July 30, Calcutta High Court ruled out the CBSE’s decision of rejection and asked it to issue provisional affiliation within 2 weeks.

Nevertheless, the CBSE challenged the order over the absence of a lease deed once again, claiming it is a mandatory requirement. However, IISER-K insiders and guardians rubbished it in view of the modified provisions of the affiliation bylaws.

An official of IISER Kolkata explained, “It is quite unfortunate that the CBSE is contradicting its own bylaws while challenging the High Court order”.

Goutam Majumder, a physician, and father of a student said, “The IISER-K is an autonomous body under the MHRD, which is the owner of the land and has allotted it to set up the school. So how can an owner have a lease deed with himself? This appears to be ridiculous”.

CEO of SGF, T.K.Gopalan, added, “The litigation is jeopardizing the future of the 400 students of the school”.