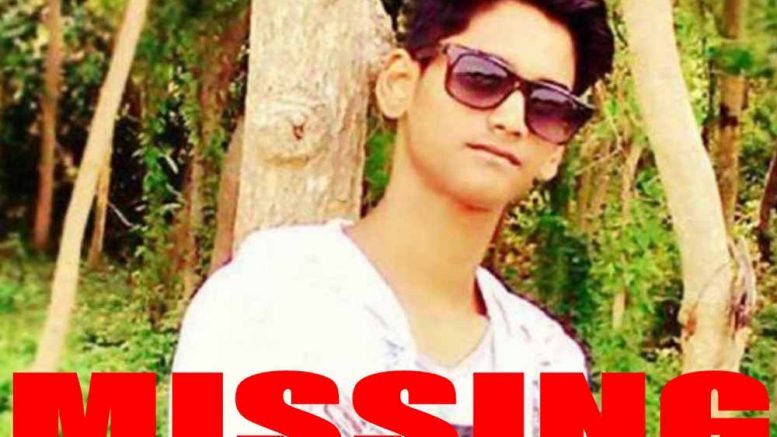 Kalyani, July 19: Sudden disappearance of a meritorious student of class 11 has created a mystery in Nadia’s Madanpur. Police is still appeared to be clueless of whereabouts of the boy, identified as Santu Bhattacharjee (16), who went missing under mysterious circumstances on last Sunday evening since he left home for taking private tuition. Police today questioned one of his classmates and his lady private tutor, but yet to get any breakthrough into the incident. The boy was, however, detained later in the evening for interrogation.

Sources said that sleuths have been inquiring about a relationship the boy recently developed with a girl at the coaching centre where he last went and also examining a possible rivalry over the affair. At the same time they are also checking Santu’s facebook page for a possible clue.

Son of a car rental service provider, Santu who is a resident of Santinagar under Kalyani police station, passed this year’s Madhyamik examination with 83%marks and admitted to science stream at Chakdaha Ramlal Academy.

Family sources claimed that Santu was last seen with two boys in Alaipur area riding a cycle on his way back home. Police, however, yet to identify the two boys.

It has started investigation on the basis of a missing diary lodged by the boy’s father Chinmoy Bhattacharjee at Kalyani police station on last Monday.

Boy’s father Chinmoy Bhattacjarjee said: “As far as I know my son he has neither any enemy nor has any reason to run away from home. He is a meritorious student and quite serious in study. I checked with his teacher that he took tuition and left for home from there. I have no information about any bad company of him. However, I recently came to know that he likes a girl at the coaching centre about which I have told police”

Investigating officers, however, did not rule out the possibility of a rivalry with a boy over a newly developed affair.

Additional superintendant of police (Kalyani) Swati Bhangalia said: “It would be too early to comment anything about the mystery behind the disappearance of the boy. We are looking into all possible aspects and questioning some people to find out possible clue”.