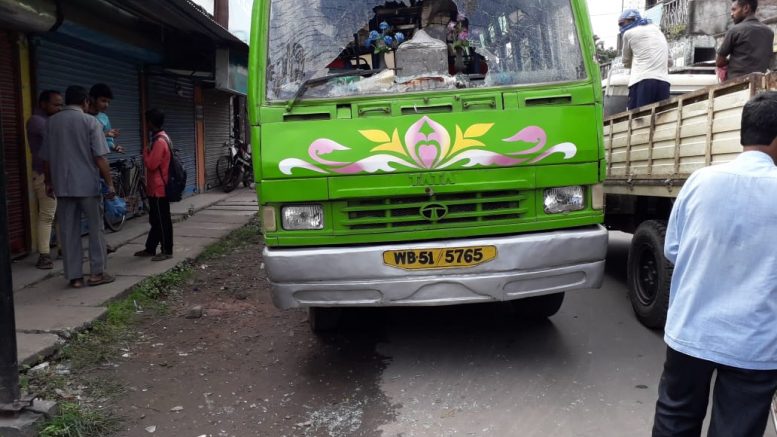 Chakdaha, Sept. 7: Dishani Saha (17), a student of class eleven died as she was hit by a speeding bus of a private Pharmacology College in Nadia’s Chakdaha on Friday morning. The deceased girl, a student of Basanta Kumari Balika Vidyapith, was a resident of Palpara-Bhawanipur area in the town. Family sources said, Dishani, daughter of a state PWD employee, was returning home after attending a private coaching when the accident occurred. Local sources said the killer bus in a bid to overtake a school bus on busy Rathtala road hit Dishani who was riding a cycle. Eye witness said, the girl earned serious injury on her head as she started bleeding profusely from her ear, nose and mouth. Local traders rushed him to Chakdaha state general hospital. However, she was soon transferred to Jawaharlal Nehru hospital in Kalyani where the doctors declared him brought dead. The driver of the car was arrested after he surrendered at Chakdaha police station. Police have started a case of against him for negligent driving and causing death thereby.