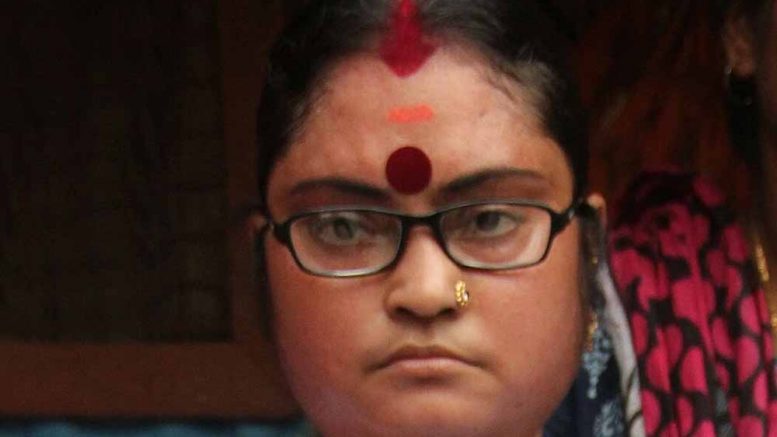 Ranaghat, Aug. 17: In a tragic incident a woman councilor of Trinamul Congress, who fought civic poll as an independent candidate being denied party ticket, today committed suicide after she lost the poll by just 30 votes to her official rival in Nadia’s Cooper’s Camp.

Two times councilor Supriya De, 36, who fought from Ward-1, ended her life by swallowing at least 40 pills of different ailments that include tranquilizers after she was allegedly abused and humiliated by the supporters of her rival candidate Ashok Sarkar at the counting center in Ranaghat SDO office as well as near her home in Cooper’s camp when she returned home.

Supriya was rushed to Ranaghat sub divisional hospital in an unconscious state. She was later transferred to JNM hospital in Kalyani where she was declared brought dead.

A close aide of Trinamul’s Nadia district working president Sankar Singh, the dynamic women wing leader Supriya, was originally a Congress activist who won in consecutive two civic polls in Cooper’s Camp on Congress ticket but switched over to Trinamul along with 11 other Congress councilors in 2013.

In July this year Trinamul re-nominated all the sitting councilors except her. After which she decided to fight the poll. Party sources claimed that her decision was well supported and approved by Sankar Singh.

Today Supriya went to counting venue at Ranaghat SDO office. At about 9 she left the venue after she realised that defeat was confirmed. On the way home she was booed by supporters of her rival Ashoke Sarkar.

After arriving home she decided to take rest, but swallowed the pills. Family members found her lying unconscious at about 1pm with the empty strips of pills lying beside her on the bed. She was rushed to JNM Hospital where she was declared brought dead.

Trinamul Congress Nadia leadership suspended all jubilation for Cooper’s camp victory and asked all the victorious councilors to rush to the JNM Hospital to pay tribute to the deceased party activists, who is known to be strong loyalist of party’s Nadia district working president and local MLA Sankar Singh.
“Certain differences might have cropped up between Supriya and the party; nevertheless, she was with us as a long time colleague. She was very dedicated worker and an emotional person. I never imagined that she could take such a step”, Sankar Singh said on his way to Kalyani.

Supriya’s husband Samir De, a group D staff of Cooper’s Camp Municipality, however, held the party responsible for her death. “The party did not recognize her dedicated work. She was very shocked when all the last term’s councilors were re-nominated except her. Since then she was facing humiliation. She ended life not just for today’s defeat, but for continued abuse and humiliation by a section of party activists, who even did not hesitate to beat up her on the day poll. She could not bear it any more when booed again at the counting centre and after returned home. But I will not lodge any complaint against anybody, because I know it’s useless”, Samir said.