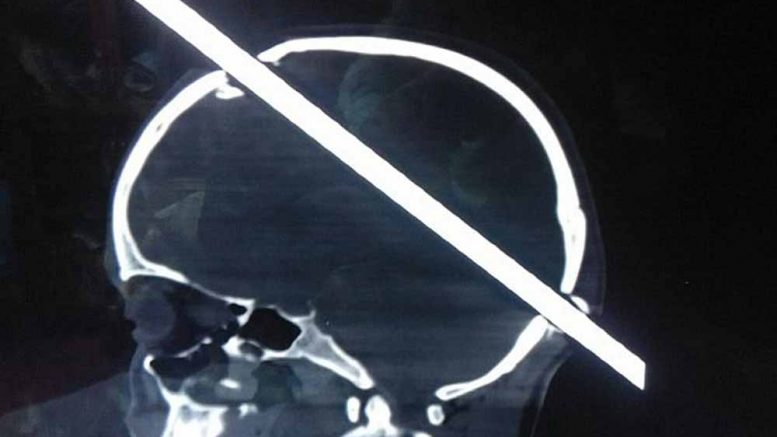 Hit on the head

Nabadweep: A 52 year old woman from Nadia’s Nabadweep today killed her alcoholic husband by hitting him with a digger apparently being failed to bear the alleged torture by him. Kajal Pal of Kutirpara, a daily wage earner rushed to Nabadweep police station and surrendered before the police officials a little after her husband Gour Pal (59) was declared dead by doctors at the Pratapnagar state general hospital.  The elderly woman was arrested after she confessed to her crime. She was later produced before a court in the town which ordered 5 days jail custody for her. Local sources said that the deceased had been beating her regularly for money over the last five years. Kajal’s son said: “She wanted to get rid of my father who tortured her regularly and which became unbearable”. Police said, the bizarre incident occurred at about 7.30am when Gour started beating Kajal demanding money for alcohol. “She lost her patience and picked up the iron made digger used for gardening and hit him repeatedly on his head until he fell unconscious in a pool of blood. The neighbors took the man to Pratapnagar state general hospital where he was declared dead.