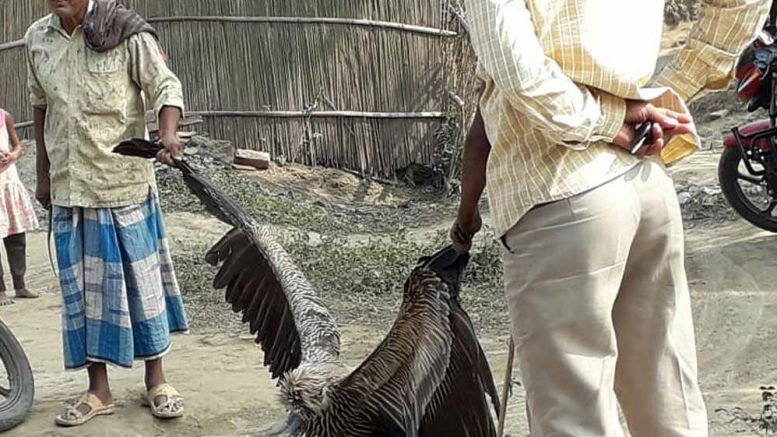 The injured griffon vulture being taken away

Villagers in Gorbhanga near Karimpur in Nadia found a griffon vulture lying in a waterbody on Monday afternoon. The villagers said that the huge bird was not in a position to fly initially as it was visibly ill. Aslam Khan, a villager said, “The bird was visibly ill and tired. We were afraid to touch it as it huge in size. It is not clear how it came. We however, got courage and recovered it from water. There was no visibly injury on the body of the bird. We took it to a dry place and given water. We were also making contact with forest department officials, but it eventually flown away”. It, however, fell on the ground again while flying in Karimpur, when the officials of Forest department rescued it and took it for medical treatment. An officer of state forest department said, Griffon vulture is a extinguishing species. It is a scavenger bird, but gradually disappearing due to random death for consumption of bait and rats killed by poison.