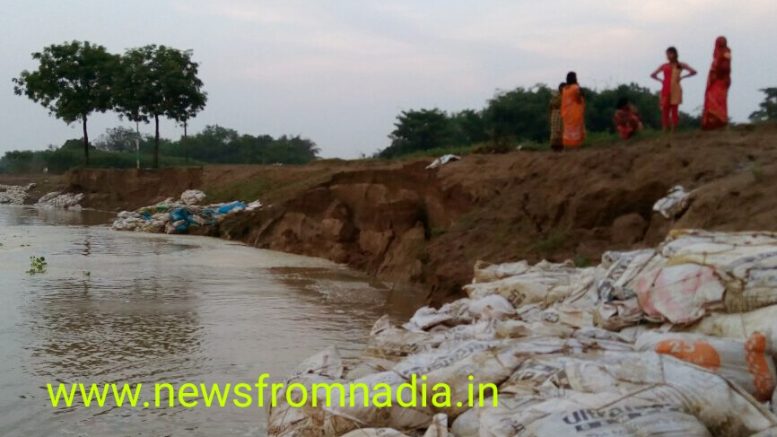 Fresh erosion that has been started in last week posing serious threat to around fifty families in Sarati village of Chakdaha block. In last month, the irrigation department made some patch works to prevent erosion by boulder pitching filling during the incessant rain that created a flood like situation in some areas of the state. But, as it has started raining again, the jaws of erosion have eaten up several areas in the Sarati village. Local villagers have become panicked witnessing the rapid erosion as they are afraid of loosing their houses and arable land in water very soon. The local panchayat authorities have informed the district administration about the posing danger. However, so far the administration made no response to to their plea. (Text, Picture and Video by DEBASISH MUKHERJEE)