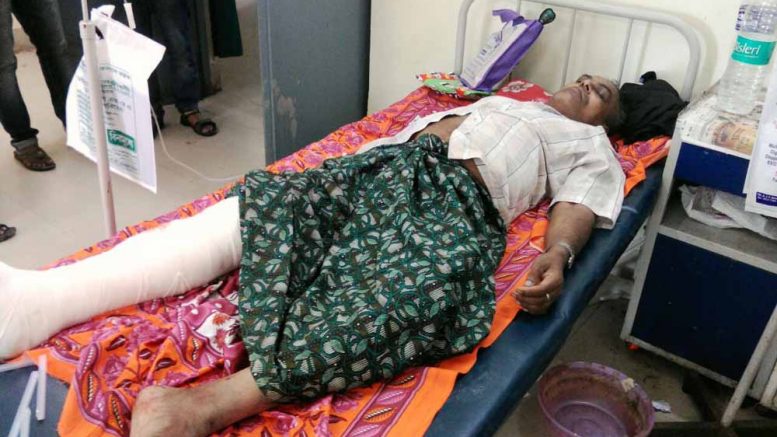 Ranaghat, July 6: An elderly goldsmith was shot at from close range by unidentified miscreants when he tried to prevent a snatching bid by them in Purnanagar area of Ranaghat town on Thursday night. One of the bullets hit the goldsmith’s right foot. The incident occurred when the goldsmith Harendra Nath Biswas was returning home along with his son after the end of day’s business.

The victim, a resident on Purnanagar, runs a jewelry shop in the local market. The incident occurred when he along with his son Surajit closed the shop and left for home at around 10pm. The bike-borne miscreants blocked their way a little away and tried to snatch a small bag which Harendra was carrying. Harendra tried to prevent them to snatch the bag which contained about 500 gram gold jewelries, over one kg of silver and some hard cash. Surprised by the resistance put up by the son and father, one of the miscreants had suddenly opened fire which injured Harendra Nath. He was taken to Ranaghat sub divisional hospital, from where he was later transferred to JNM Medical hospital and college of medicine. Hospital sources said that the bullet which stuck into his right foot has been removed. Police have started a case.