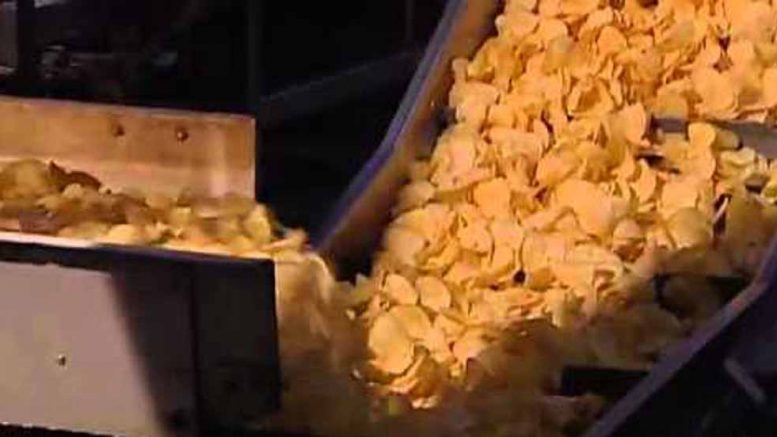 Potato chips being made (representational picture)

Nabadweep, Aug. 3: Nadia police have arrested a trader in Nabadweep last night allegedly for repackaging expired potato chips, mixtures of various reputed brands and selling those repacked items in the market after adding some spices.

The arrested trader identified as Dipankar Saha, a resident of rail station area, was produced before a court in Nabadweep today and taken to police custody for seven day. Police have sealed the factory located near Nabadweep rail station.

The accused trader has been charged under section 272 (Adulteration of food or drink intended for sale), 273 (Sale of noxious food or drink), 420 (cheating and dishonesty) under Indian penal code.

The incident came to light on Wednesday evening when acting a tip off, Nabadweep police along with a team of Nabadweep municipality led by its chairman Biman Krishna Saha conducted a joint raid at the factory of the accused trader, which is locally known as fodder godown.

Chairman Saha said: “We were shocked to find that expired potato chips of various brands were kept inside the factory. There were many loose chips kept in the sacks. We talked to some of the workers who confessed that the accused used to mix various chemicals and colors with the expired products give a new look”

Police sources said that the trader built a supply chain in various parts of Nadia district as well as in neighboring Burdwan district where he used the sell these spurious items.

Nadia police superintendent Sheesh Ram Jhajharia said: “We have collected the spurious samples of the chips and sent for testing. Meanwhile, a case has been started to carry out detailed investigation and to ascertain any possible link with inter state racket behind the trader”.