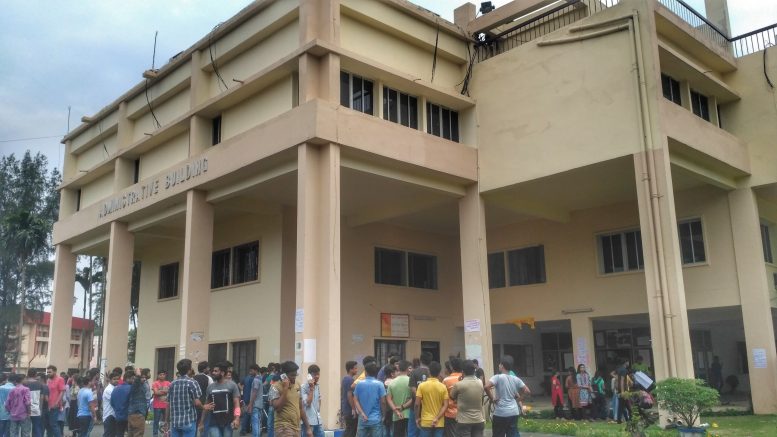 Mohanpur, Sept. 28: The Indian Council of Agricultural Research (ICAR) authorities have asked the Vice-Chancellor of Bidhan Chandra Krishi Viswavidyalaya (BCKV) to stop the salary of six employees recruited early this month for the four Krishi Vigyan Kendras (KVK) accusing him of lack of “transparency” in their recruitment process. These new recruits include two senior scientists and other officials.

In a letter issued on Friday, S.S.Singh, Director of ICAR’s Agriculture Technology Research Institute-Kolkata, has asked the Vice-Chancellor not to pay salary to the six new recruits until and unless he made satisfactory replies to the allegations made over the recruitment process.

The ICAR authorities have observed that the recruitment of two senior scientists, two subject matter analysts (soil science/soil and water conservation) and farm managers were done earlier this month without obtaining state government’s approval as well as keeping the University’s Executive Council in dark.

“The University cannot make any recruitment without permission of the state government and also that of the Executive Council”, an officer of the University said.

Indian Council of Agricultural Research (ICAR) is an autonomous organization responsible for coordinating agricultural education and research and fund projects. The six persons were recruited for the BCKV’s KVK being monitored by ICAR’s Agriculture Technology Research Institute-Kolkata. (ATRI-K)

BCKV insiders said that the new recruits include a relative of the Vice-Chancellor Professor Dharanidhar Patra, son of a Dean of and also two direct researchers of the University’s Registrar. This has prompted the ICAR to question about the ‘transparency’ of the recruitment process.

University sources said that conducting a probe on a complaint lodged by Gobinda Roy, one of the aspirants from Coochbehar, the ICAR authorities have found that the University authority had not just taken any approval of the state government rather it ignored its categorical instruction to ‘withheld’ recruitment process.

Roy said, “It was amazingly witnessed that the BCKV authorities shown unusual alacrity to issue the appointment letters to the six candidates immediately after the interview held on September 16 and 17”.

An officer of the state agriculture department in Kolkata said, “The posts of the KVK are funded by the ICAR. But as per the provisions of this arrangement, obtaining the prior permission of state government is mandatory for creating posts and to undertake the necessary recruitment process. However, the Vice-chancellor apparently ignored the provisions”.

An officer of the state agriculture department said, “We came to know that the BCKV planned to conduct an interview for the said posts on September 16 and 17. So we advised them to stop the recruitment process since the University authority took approval from us ”.

On September 6, the Deputy Secretary of state agriculture department’s education branch in a communication clearly advised the Vice-Chancellor of BCKV to “put on hold the selection process else it will be treated as violation of provisions of the BCKV Act”.

An officer of ICAR- ATRI, Kolkata said, “We on several occasions sought clarifications on the recruitment process. The state government had also made similar queries over the advertised recruitment initiative followed by some complaints. But, unfortunately, the Vice-chancellor did not bother to reply to any of such queries that apparently shows a lack of transparency in the entire process of recruitment”.

Vice-Chancellor Professor Dharanidhar Patra did not respond to calls and not replied to the text message.