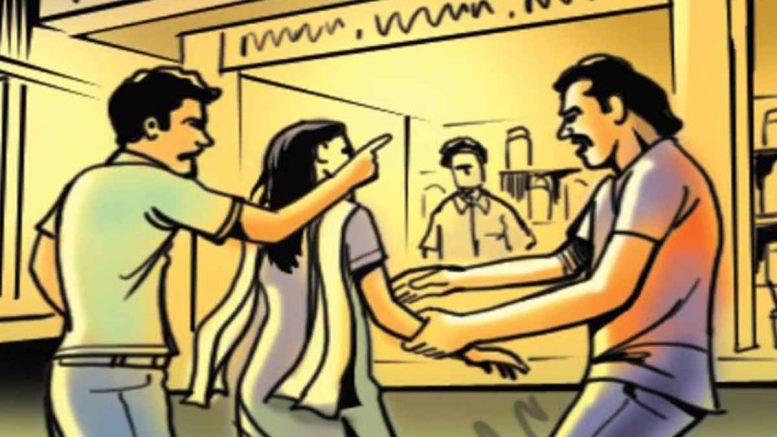 Krishnanagar, June 6: A 23-year-old man died of his injuries on the way when being transferred to a Ranaghat based private hospital from Saktinagar district hospital in Krishnagar on Tuesday night after he was battered with iron rods and metal punchers or taking on a group of eve-teasers at a religious gathering in Kalinagar area of Krishnanagar town two days ago.

Police in an act of sheer apathy so far failed to arrest the two prime accused despite local residents submitted a mass petition against them on Monday night when deceased Bapi Malakar was beaten up by the miscreants led by Tapas and Tarun Chakraborty.

Police have nabbed six persons, who are not named in FIR as it started a murder case on Wednesday after local residents put a blockade on Krishnanaga-Bogula road with the body demanding arrest of the culprits.

On Monday evening Bapi Pramanik, a ice candy hawker of Krishnanagar’s Sarojini lane protested when he spotted Tarun and Tapash Chakraborty making obscene passes at a 19-year-old girl who along with many other women taking prasad at a religious programme in the area.

Local sources said, Bapi strongly objected to their indecent behaviour. He also slapped Tapas for his sleazy comments forcing the duo to leave the place.

Tapan Chakraborty, one of the petitioners said, “It was only due to protest by Bapi the miscreants who came from neighboring area were forced to leave. But, they threatened to come back for retaliation”.

Local residents said, the rogues scuttled off from the place, but only to return with about twenty others riding ten motor cycles at about 8pm, an hour later to teach Bapi a lesson.

The miscreants barged into Bapi’s house and dragged him outside and started beating with iron rods and metalled puncher he young man,  untill he lost consciousness.

Bapi’s sister in law Soma Malakar said, “we pleaded mercy for Bapi, but Tarun, Tapas and their associates continued brsti g him on his head, chest and face. They also repeatedly punched on his face damaging the face and eyes and left when he fell unconscious. We tried to save him but threatened of dire consequences”.

Bapi was rushed to Saktinagar district hospital in critical condition. On Tuesday evening his condition started falling when local residents decided to take him to a private hospital in Ranaghat, but he succumbed around on the way at about 11pm.

An officer of Krishnanagar police e station said, “We have started a murder case on the basis of complain ts by local residents and family members. We have arrested six persons so in connection with the incident. We are looking for the others, including another two prime accused. Raids are being conducted at several places to nab them”.

Local residents alleged that Tapas and Tarun become desperate with blessings of the Trinamul leader.

“The duo made it a habit to make obscene gesture to girls and women regularly. But, nobody could ever dare to protest them. Bapi shown the courage and paid with life. Police would do nothing in this case too as usual unless he died”, said a woman who was earlier teased by the duo.