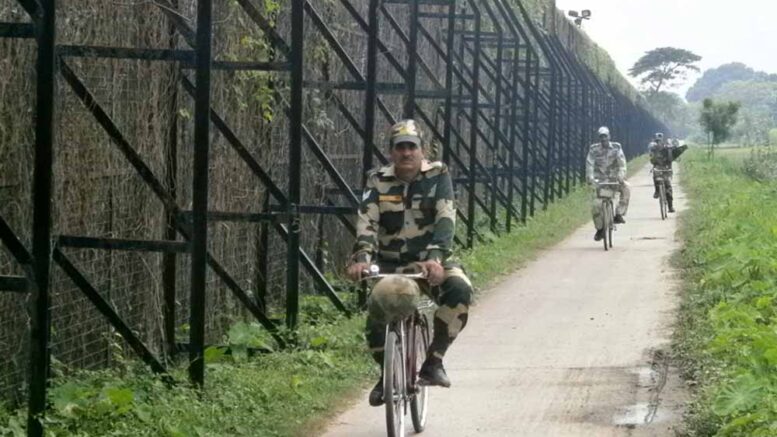 Krishnagar, Aug. 2: Border Security Force authorities have expressed serious concern over the increasing trend of migrant workers who lost their jobs due to lockdown are in turn getting involved with the smuggling rackets in the districts located along the Indo-Bangladesh border.

Since April the BSF authorities in the South and North Bengal Frontier have arrested a few hundred youths for alleged smuggling activities, many of whom appear to be fresh entrants in the rackets,  who apparently compelled to join it owing to the sheer financial crisis caused due to lockdown for Covid situation.

BSF officials are concerned as the smuggling racket operators exploiting their financial crisis engaging such youths to ferry items for smuggling paying them as low as Rs. 200 which before March they used to pay five times higher.

The involvement of such migrant workers to the racket has added a sudden boom in the smuggling activities along the Indo-Bangladesh border, which was otherwise largely controlled before the lockdown.

BSF sources said that jawans patrolling the Indo-Bangla border since April have nabbed youths while ferrying Phensedyl, Yaba tablets, medicines, silver, gold, foreign liquor, health care products, cattle and many other small items which are at present have a huge demand in Bangladesh.

“Such catch has now become a regular affair in many areas along the border. This is a quite unusual trend as despite our strong vigilance smuggling activities have increase which appears to be an impact of the financial crisis due to the lockdown”, a Commanding Officer under SBF said.

“Many of our recent catches include the migrant laborers returned home after lockdown who have no criminal antecedents and not very much expert.”, the CO added. In last month BSF nabbed a youth from Nadia’s Chapra while smuggling gold biscuits worth Rs.34 lakhs. During interrogation, the youth revealed that he worked with a hotel in Pune, but lost the job due to lockdown and to get rid of financial crisis begun to work as a carrier. “He was offered Rs.600 just to handover the items to a man close to fencing”, a BSF officer said.

Out of a social obligation, the BSF authorities in the bordering districts have started appealing the gram panchayat authorities to create awareness among the youths so as to discourage them from joining such a smuggling racket.

BSF’s DIG (General), South Bengal Frontier S.S.Guleria said, “This is a concerning new trend among the youths in the bordering districts. We have noticed the presence of people in the smuggling racket who came from outside after lockdown. We have nabbed many such persons who during interrogation revealed that they compelled to join smuggling to fight financial crisis”.

“So now we are appealing to the local panchayat authorities to create awareness so that they do not opt for the risky path of smuggling. It is also their responsibility to bring back them in the right path”, Guleria added.

Bengal has over two million migrant workers from several bordering districts like North 24 Parganas, Nadia, Murshidabad, Malda, North Dinajpur, Alipurduar, Coochbehar and other districts. Most of these workers are attached to the construction industry, apart from hotels, jewelry, garments, and other fields. A major part of such workers returned home due to lockdown during May and could not resume their job. Now it appears that a section of such migrant workers have got involved in smuggling rackets.

A migrant a worker from North 24 Parganas’ Angrail, who refused to be identified said, “I worked with construction farm in Kerala and returned during May due to lockdown and running without money since then. Recently I started working as a carrier. They used to pay me between Rs.200 to Rs.500 for ferrying the items up to the border. I know it is a risky job but I am trying to make a fund out of it so that I could return to Kerala”.

BSF’s DIG SS Guleria said, “Since the BSF stopped all smuggling activities a few years ago many people along the bordering areas who were then involved with the rackets had gone outside and joined other professions. But after the lockdown, many such people returned and begun fresh involvement with smuggling”.