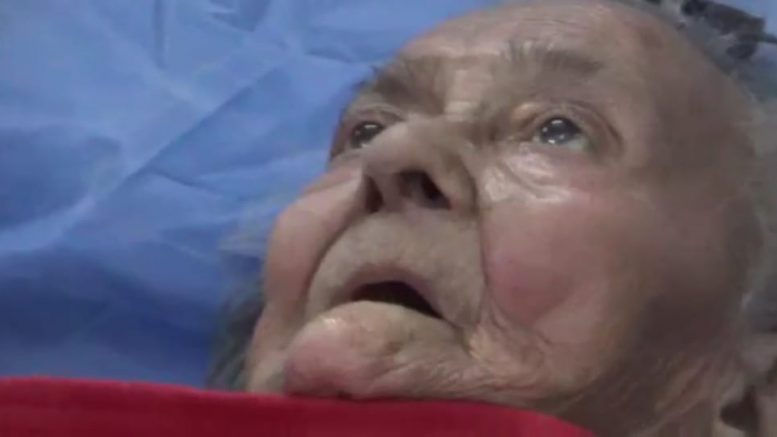 Kalyani, March 1: Health condition of Matua community chief Binapani Devi (102), continued to be critical on Friday with respiratory problem owing serious lung infection coupled with fever that she has been suffering for about past few days.

The elderly matriarch of the religious organisation was admitted to Kalyani based Jawaharlal Nehru Memorial hospital on Thursday evening from her residence in Thakurnagar of North 24-Parganas since her condition suddenly deteriorated. She was shifted to intensive care unit of the hospital later in the night.

Binapani Devi at the ICU of JNM Hospital in Kalyani

The hospital authorities on Friday have constituted a medical board comprising 11 specialist doctors of Medicine, anesthesiology, chest medicine, psychiatry, chest, cardiology which is monitoring her condition round the clock.

The medical board which includes four head of the departments apart from senior professors of Kalyani College of Medicine, is being headed by hospital’s medical superintendent Avijeet Mukherjee .

Head of the medical board Professor Avijeet Mukherjee said, “Binapani Devi has been suffering with shortness of breath, fever and irritability. She has been suffering from desaturation of lungs along with consolidation. She has been administered four types of antibiotics and oxygen nebulised with bronchodilators. For better care we have shifted her to ICU on Thursday night. She is being treated conservatively. Her condition is critical but vitals are stable with medical support”.

Hospital sources said that chief minister inquired about the health condition of Binapani Devi. She also sent senior Trinamul leaders and ministers like Partha Chatterjee and Jyotipriya Mullick, who visited the hospital and talked to the doctors about Binapani Devi’s condition.