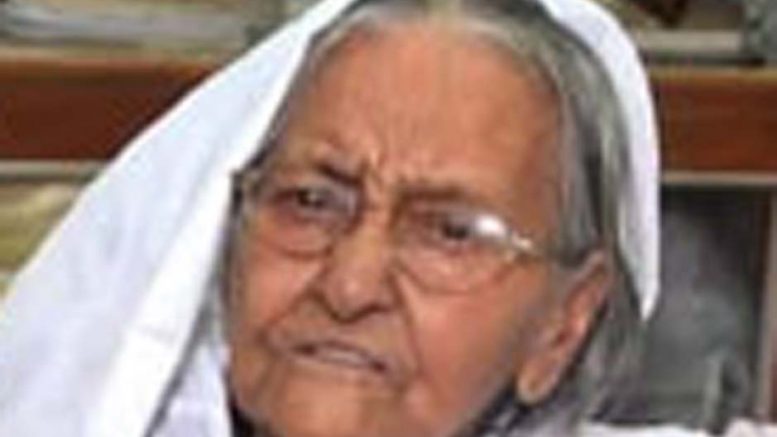 Kalyani, Feb. 28: 102 year old matriarch of Matua community Binapani Devi has been admitted to Kalyani based Jawaharlal Nehru Hospital on Thursday night in serious condition. A team of some close family members along with a doctor rushed her to the hospital in Kalyani at about 9pm with fever and lung infection.

Hospital sources said, the ailing head of the most politically important religious community in the state has been admitted to a special cabin inside the female surgical ward of the hospital.

A senior doctor of the JNM Hospital, who is among the team of doctors examined her, said, “It appears that her condition has turned very serious mainly due to age. She has been suffering from infection in her lung. We have thoroughly examined her and administered medicines. She has been kept under close observation. We have also made a medical team which will monitor her condition round the clock”.

Trinamul MLA Sankar Singh, who is Patients’ Welfare Committee chairman of the JNM Hospital rushed to Kalyani hearing about her admission.

For the past few months, fight between Trinamul Congress and BJP has been intensified with a desperate aim to enjoy the support of this ailing lady. In last month Prime Minister Narendra Modi due to apparent political compulsion met her at Thakurnagar residence prior to speaking in a party rally even though she was not physically quite fit and able to recognize him.

Meanwhile, a letter purportedly written by her that urges all concerned of the Matua community to support the centre’s Citizenship [Amendment] Bill created further controversy later.

Family sources said, her physical condition deteriorated gradually during the past few weeks.