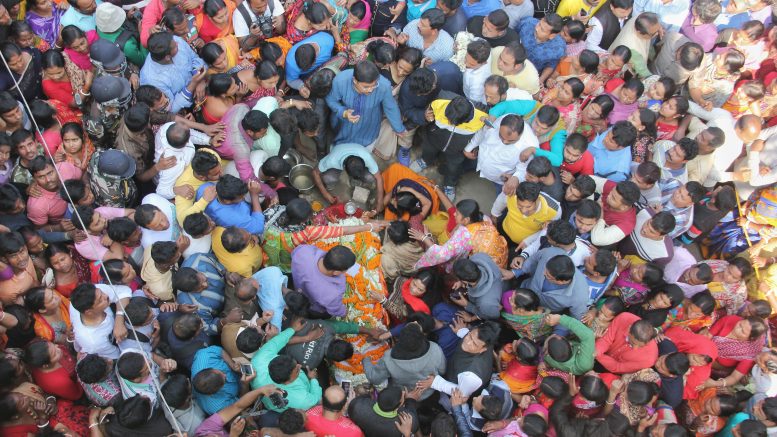 Ranaghat, Feb. 15: Police have arrested an elderly ‘Mandal’ committee president of Bharatiya Janata Party as well and one of the FIR accused in connection with the murder of Trinamul’s Krishnaganj MLA Satyajit Biswas during the wee hours Friday morning. Police claimed that accused BJP leader has confessed his involvement with the murder of the MLA and helped the four youths named in the FIR to kill the him apparently to settle an old rivalry.

Investigating officials said arrested BJP leader Nirmal Ghosh (65), a resident of Madna village of Hanshkhali had actually supplied the fire arm that was used to kill the Trinamul MLA. Ghosh was arrested from his married niece’s house in Singherbagan area of Chakdah town. But, on the way to Krishnagar for preliminary investigation he fell ill and had to be admitted to Nadia district hospital in Krishnagar. Ghosh could not be produced before court on Friday. Police, however, produced the other accused Kalidas Mandal, a resident of Phulbari who was named in the FIR along with four others before the additional chief judicial magistrate’s court in Ranaghat on Friday which ordered nine days police custody for him. Kalidas was nabbed from a hideout in North 24Parganas.

MLA Satyajit Biswas was gunned down on February 9 night while watching a cultural programme at his native village in Phulbari on the occasion of Saraswati puja. Police began investigation on the basis of a complaint lodged by MLA’s close aide Milan Saha. Police on the next day arrested two accused named in the FIR – Kartick alias Mithun Mandal and Sujit Mandal, a mentally unstable youth. Prime accused Abhijit Punduri, however, is still absconding.

Police sources claimed that Nirmal had conspired to kill MLA Satyajit Biswas apparently to settle personal score with Satyajit Biswas who on a number of occasion got him beaten up by party supporters.

An officer of Hanskhali police said, “Accused Nirmal Ghosh was earlier involved criminal activities and arrested in a number of occasions. He was also arrested in connection with murder of Trinamul leader Dulal Biswas, but granted bail later. It appears that Nirmal had personal grudge against Satyajit. He used the same grudge of the four other accused to kill the MLA”.

Meanwhile, in a significant development police brought a eye witness to the court in Ranaghat on Thursday who recorded his account before a magistrate under section 164 of CrPC.