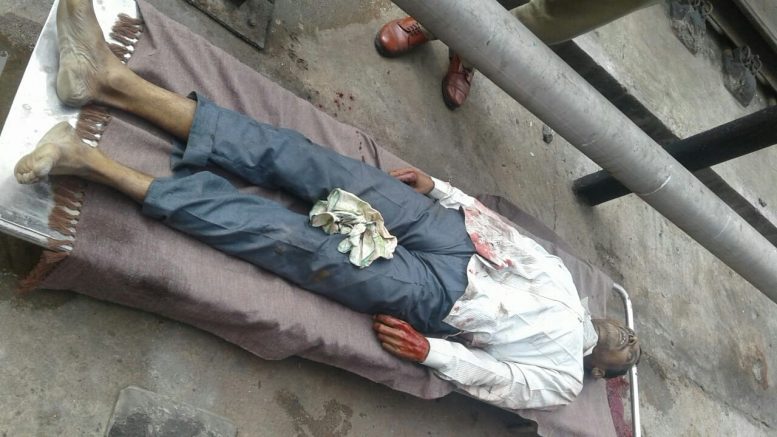 Karimpur, Nov. 27: Narayan Jha (46), a construction labour from Baliadanga-Thakurpar area of Nadia’s Murutia died as he was run over by a speeding train at Salem railway station in Tamil Nadu under mysterious circumstances on Tuesday afternoon. The deceased labourer was going to Tirur in Kerala where he was scheduled to join a construction company.

Narayan left home on Sunday and boarded Gurudev Express from Shalimar on the same night.

Railway Police Force (RPF) officials from Salem, informed family members of the deceased that he had apparently committed suicide by jumping in front of a running train at the Salem railway station on Wednesday afternoon. However, the family members are not convinced with the RPF’s claim.

RPF officials over Telephone said that they are yet to ascertain as why Narayan had disembarked at Salem Rail station whereas he was scheduled to go Tirur. Second class ordinary journey ticket for Tirur from Howrah was found in the pocket of his trouser.

Pictures provided by the RPF from Salem indicate that wheels of a speeding train went over his abdomen cutting his body into two pieces. The Nadia district administration made contact with the Tamil Nadu administration to bring back the body home. Dolly Jha, mother of a six year’s girl child, said, “My husband had talked to me over phone after boarding train on Sunday night. He was going to Tirur to join a construction company as centring expert. I had a spat with him earlier before he left. But, why should he commit suicide in Salem station? I suspect something wrong happened with him while on board. He might be pushed outside of the running train and died”.

Searching the body of the victim, the RPF officials found tickets and phone number of Samir Mandal, a labour contractor from his pocket. Police called Samir, a resident of Murutia and appraised him about his death.

Samir Halder, told over telephone from Tirur, “It is not clear how Narayan had died. He might have wrongly disembarked at Salem railway station and slipped off on railway track while trying to catch a Tirur bound train later”.