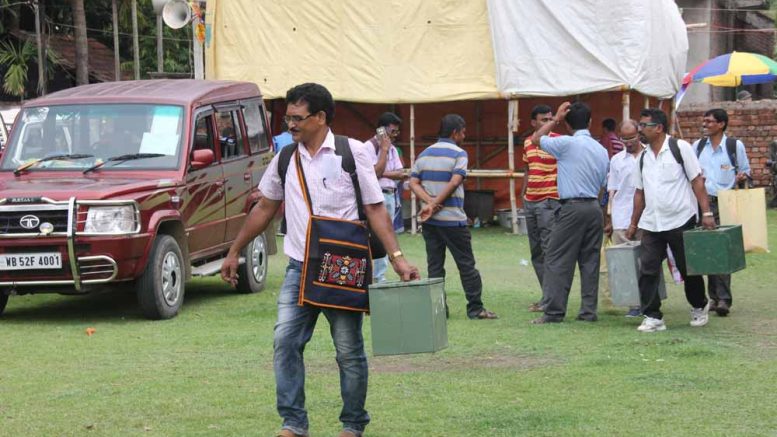 Krishnanagar, May 13: The much controversial panchayat poll is all set to be held on Monday in Nadia along with other parts of the state. The Calcutta High court in last week confirmed the poll date ending the stalemate with the state saw several incidents of pre-poll violence between ruling Trinamul and a largely combined opposition of forces of BJP and CPM. The three tier polls for gram panchayats, panchayat samities and zilla parishads will be held in secret ballot papers from 7 am to 5 pm. The counting of votes will be

The apex court has categorically cautioned the state election commission to conduct the poll with ‘absolute fairness’ following controversies over ‘unopposed win’ of around 34% seats by the ruling Trinamul Congress. Trinamul has already won 3 ZP seats unopposed, whereas the numbers of such unopposed seats in panchayat samity are 81 and in gram panchayats are 520.

Meanwhile, extensive security arrangements have been made by the district administration to conduct fair polling. Superintendent of Nadia police Santosh Pandey said, “Over 600 police officers, 5000 constables and equal number of civic volunteers have been deployed to ensure security and to maintain law and order in and around the polling stations across the district”

Additional personnel from Kolkata police, Howrah police, Bankura police have also been brought along with an additional SP level officer to reinforce the police strength in the district, the SP added.