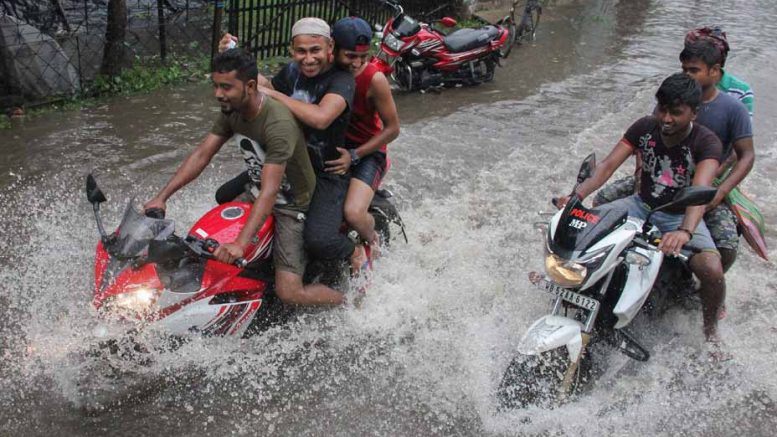 Sept. 20: Bikers without helmet riding recklessly may get this festive season spoiled as the police would be on road to carry out extensive checking and crackdown. So put the helmet on head, ride carefully and never dare to make any lewd gesture to women to avoid being caught and prosecuted.

Being concerned with increasing trend of two wheeler accidents despite the ongoing ‘safe drive-save life’ initiative, the state traffic brunch in an attempt to check the fatalities during the festive season has launched a 19days’ special drive against the bikers from Monday (September 18). In this special drive which would continue up to October 6, the bikers will be prosecuted for not using helmet, for rogue driving, over speeding, zigzag driving and for teasing women on the road, which the police have observed as common trend during the festive season.

“The drive against the bikers has been launched now with special importance as it has been observed in past that number of accidents by bikers become particularly high during the Durga puja due to various reasons. Our objective is to control the fatalities”, said a senior police officer.

Additional director general of police (traffic) Vivek Sahay has issued a circular on September 15 directing the commissioners and the district superintendent of police to launch the drive against the bikers and to prosecute them as per law.

The ADG (T) has also asked them to submit daily report on prosecution directly to state traffic control (HQ) in Bhawani Bhawan.

In compliance the police in districts have started the drive as directed.

A senior police officer in Nadia said: “Even though we have received a special instruction, but the drive against errant bikers is an ongoing initiative in Nadia. In past six months we have prosecuted around one thousand errant bikers”.

An official of Nadia police said that upto September 21 bikers died, which around 45% lower that last year. “Nevertheless, we will be on high alert to deal the errant bikers strictly so that they don’t spoil the festive mood”, a senior police officer at district police head quarter said.

Sources in the state police head quarter said that the initiative by the traffic wing has been taken following the director general of police Surajit Kar Purakayastha raised his serious observations about the increasing number of bike accidents in the state during a meeting on September 11 held at Bhawani Bhawan.

A senior officer said: “It was the DG who actually desired to have such strong drive against the errant bikers; otherwise, as he apprehended that unless checked the bike accidents could spoil the festive moods in many families across the state”.

According to statistics available from the state police head quarter in 2016, a total number of 3573 bike accidents were reported across the state, which claimed 1525 lives in total. Officials in Lalbazar could not provide the figure of casualties in bike accident, but ADG (T) Vivek Sahay said: “The number of accidents and fatalities involving two wheelers continues to be very high”

A police officer laments: “There are several factors for which these two initiatives could not be successful enough. This cannot be achieve only through police initiative unless a strong sense of awareness among the people id developed. We have organised counselling session for the bikers to make them realise about safe driving, but the situation has changed very little”.