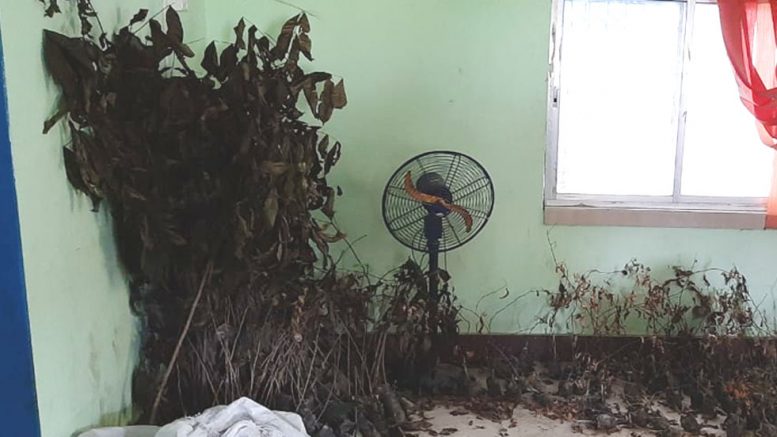 Thanarpara, Oct. 29: Around 200 saplings of different plants provided by the state government for free distribution among people under its plantation drive died since the Trinamul Congress run Dhoradaha-2 gram panchayat body in Nadia’s Karimpur-2 block, to which those were given had kept them locked in a room for over a month.
A good number of Palash, Shimul, Akashmoni and many other plants which also include fruit saplings died as those were dumped inside the locked room, despite some members requested for early distribution of the saplings.
The incident came to light when some villagers being angered over the callousness of the panchayat authority, had lodged complaints with district administration as well as with the state forest department urging action for such negligence. Every year tree saplings are distributed among people as per the National Forest Policy that aims and emphasizes at maintaining 33% of the country’s geographical area under forest and green cover.
The Bengal government every year observe “Banomahotsav” and distribute saplings free among people. It has also recently launched a plantation programme in which mothers of newborn babies are given a fruit tree saplings.
Sources said the saplings which died were provided by the district administration for distribution. There were some plants that were also given for plantation under the “Save Green” mission through 100 days job scheme. But none of the saplings were either distributed or planted by the Dhoradaha-2 gram panchayat authority.
An official of the panchayat when contacted over the phone said on anonymity “It is a big mistake in our part. We have decided to purchase new saplings for distribution”.
A local resident said, “Purchasing new sapling can not compensate the loss incurred due to negligence. If officials of government’s wing at the grass route level show such callousness, then its endeavor for saving the green can never be accomplished”.
Karimparur 2 block development office through whom the saplings were sent to the panchayat, however, claimed ignorance about the alleged negligence. “I am not aware of any such incident”, the Block Development Officer said.
Sub Divisional Officer of Tehatta Anish Biswas said, ” It would be a quite unfortunate incident If the allegations are true. I shall check and find out the responsible persons for such lapses to ensure action against them”.
Share the news
SHARE TWEET PIN SHARE