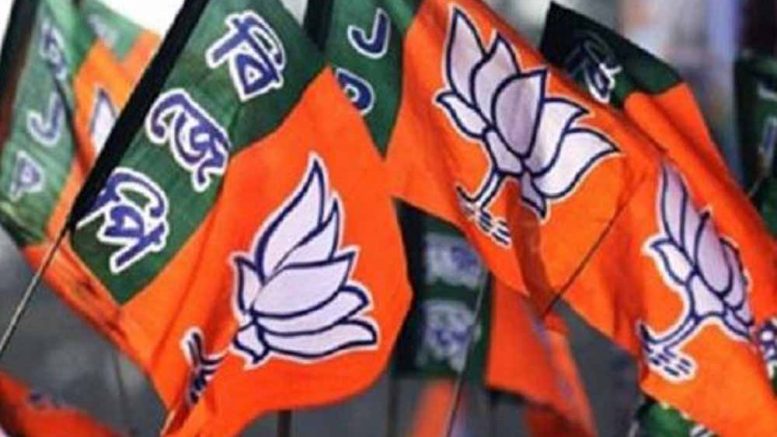 Tehatta, May 23: BJP will not be able to have its own ‘Pradhan’ in a gram panchayat body in Nadia’s Tehatta-I block despite the party got a clear majority in it. The bitter truth which the party has to swallow is that their board will be headed by a woman elected on Trinamul Congress ticket.

This may sound quite wacky, but Trinamul’s Buribala Sardar, is all set to become the pradhan of Betai-I gram panchayat grabbed by BJP by winning 11 seats out of 15.

A government notification issued in last year made the post of pradhan of Betai-I gram panchayat reserved for scheduled tribe (ST) woman. Things became uncanny further as only one seat (Nafarchandrapur/Ward-190) earmarked with such identity.

So on May 17 when Trinamul’s Buribala Sardar defeated BJP’s Arpita Sardar by 33 votes she made it sure to be the ‘Pradhan’ of the Betai-I gram panchayat even though the voters rejected her party in most of the seats of the panchayat.

BJP’s Arpita Sardar, a BA second year student at Betai BR Ambedkar College, failed to win in one to one fight despite CPM and Congress extended support to her.

Tehatta-I block development officer Jahangirl Mullick said, “As per the government order the post of pradhan is reserved for ST woman. Incidentally there is only one such seat in the panchayat. So as per the order whosoever wins would become Pradhan. Here Trinamul candidate won from the reserved seat and she deservingly would become the pradhan”. BJP’s Tehatta mandal president Arjun Biswas said, “It is a peculiar situation. There will be our board sans our pradhan. This will be quite hard for us to digest”.

However, to overcome the problem, the BJP leadership has decided to bring Trinamul’s Buribala Sardar to its fold and to move court for an amendment.

BJP leader Arjun Biswas said, “We will request Buribala Sardar to join BJP. This will get rid her from an embarrassment and also help us to have our own member as head. However, we will consider approaching court for an amendment to increase number of such reserved seat for pradhan. This is required as a “no-confidence” motion against the pradhan would not help either as there would be no option for replacement”.

But, political experts in the district think that BJP could easily avoid the situation if it fielded any ST woman candidate in a winnable general category seat. “In that case the party could easily get its own head to rule the body”, an expert said.

Local BJP leader Arjun Biswas also admitted this. He said, “There was a mistake on our part to interpret the government notification”

“If Trinamul’s Buribal Sardar refuses to join BJP, we would try to get one of our winning candidates of general category resigned and field a ST woman candidate there to get her elected to head the body. But, it will be possible only after six months”-Arjun Biswas, BJP Leader

Trinamul’s Buribala Sardar said, “I will never join BJP. The BJP leadership should accept the reality. The situation could be contrary if their nominee won this seat losing in others. They should keep in mind that once elected a party nominee became peoples’ representative. So we can work collectively for sake of development”.

Located adjacent to Indo-Bangladesh border, the village ward has 875 voters. In 2013 Trinamul won the panchayat. Trinamul’s Buribala Sardar won from Nafarchandrapur defeating CPM by 75 votes. But, then she hardly had drawn any attention as the post for pradhan was not reserved for “ST-Woman”.