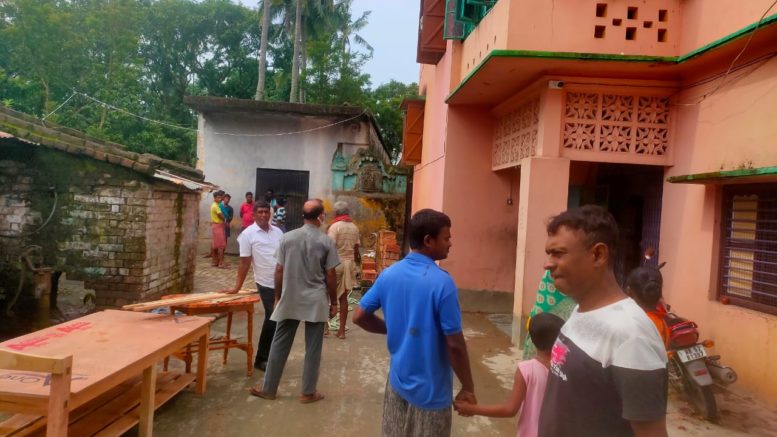 Preliminary investigation revealed that the Saha, who represents Palashipara assembly seat in the district, has lost one of the door keys of his office room on Friday, which the burglars had apparently used to enter his office located on the ground floor of his residence in Koruipara, around 12 km from Tehatta police station.

An embarrassed district police authorities have started a theft case against unidentified on the basis of a complaint lodged by the MLA at the Tehatta police station and so far detained two persons for interrogation which include a lady domestic help for their suspected role behind the theft.

Preliminary investigations revealed that the burglar had deactivated at least two out of three CC cameras before the operation. Police have only got small footage of the suspected burglar who, however, could not be identified as he donned a mask.

“This camera also could not provide any further detail as the burglar put a cover on it before commencing the operation at about 2.30 am”, an investigating officer of Tehatta police said.

“The burglars got access to the key of almirah from the drawer. He took everything opening it and put those keys again inside the drawer, which indicates that the burglar is someone who is close touch with my office for long”, the MLA added.