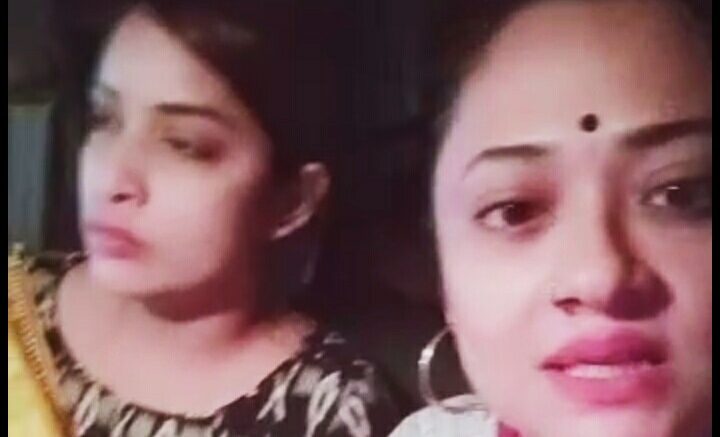 Some local BJP supporters rescued them and took to a temporary shelter from where they later put into a car that helped them flee from the place.

The incident ignited tension in the area as armed Trinamul supporters later beaten up the BJP activists. Prahlad Sarkar, one of the BJP activists was later admitted to Natidanga block hospital in critical condition.

“It was a street corner in support of Jay Prakash Da. Soon I started speaking on NRC issue a section of the crowd who were disturbing the audience from the beginning created a ruckus. They were hurling abusive and suddenly started coming closure to us overcoming the crowd in front of them. We smelled trouble and tried to come out, but they started pulling our sari, tried to drag us with indecent gestures. It appeared to be plan fully done by the local Trinamul leadership who watching everything sitting from a party office close to the spot”, Rimjhim said.

“Most surprisingly all these happened before a police team, but they remain mute spectators and they neither rescued us nor prevented the Trinamul supporters ”, said Rupanjan who was accompanying Rimjhim on the programme.

Local Trinamul block president Raju Mullick, however, refuted the allegation. “The chaos is an outcome of BJP’s internal feud. Barely a month ago, the BJP supporters fought during a party workshop opposing the nomination of Jay Prakash Majumdar. On Tuesday too no Trinamul supporter was present there in the meeting. The allegations are baseless and to malign our party only”.

Superintendent of police Krishnagar police district Zafar Ajmal Kidwai snapped off the call on repeated occasions when asked to comment on the alleged incident.