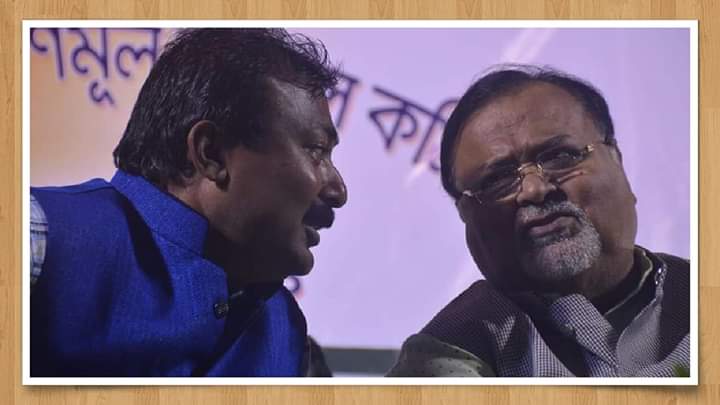 Haringhata, July 2: Trinamul Congress removed the chairman of the party controlled Haringhata Municipality Rajib Dalal on Monday for his alleged unlawful works and misbehavior with local people and party councilors that apparently compelled at least seven of them to join BJP quitting Trinamul.

Dalal, who was appointed as the first chairman of the newly formed Haringhata Municipality in 2015, has been literally forced to step down following 7 of 18 councilors joined BJP last month to get rid of him whereas the remaining ones refused to work with him in a board meeting on June 28.

In the said meeting all the councilors raised voice for his removal. The party leadership apparently to save the board given its nod to the demand and asked Dalal to step down. Finding no way, Dalal on Monday submitted his resignation, which was sent to the sub divisional officer of Kalyani for his appraisal.

Elderly councilor Manik Bhatta may be picked up as the next chairman soon, a party source said.

Meanwhile, Trinamul leadership assigned party councilor Sanjib Ram, vice chairman of the Haringhata municipality to look after the works of chairman until the new chairman is appointed.

“Dalal should have kept in mind that he is not above the party. For us continuing work with him became impossible because he ruined the party’s image. So we told the leadership to remove him else we have to think otherwise to avoid our embarrassment”, a Trinamul councilor said.

Trinamul’s Haringhata town committee president Uttam Saha said, “We have sent Rajib Dalal’s resignation letter to the SDO, Kalyani along with the resolutions of the board meeting. The councilors would now choose a new chairman to run the board”.

Party insiders said that Dalal’s removal was unavoidable despite his strong clout with top leadership. “Since the beginning, the Dalal was not a common choice of the councilors. We were forced to accept him only due to the pressure of a senior leader who developed a strong support base in Haringhata even before our party came to power”, a party leader in Krishnagar said on anonymity.

A councilor said, “Nowhere possibly in the state people have seen a chairman attacking voters with a stick in hand unleashing terror. People of Haringhata could not digest such an act of their chairman witnessing him unleashing terror among people”.

Trinamul insiders said that many councilors stopped visiting the Municipality only due to the misbehavior of Rajib Dalal.

One such councilor, Tapas Halder, a councilor of the municipality, who recently joined BJP, said, “He used to misbehave with us and involved in unlawful activities with the support of party’s district leadership. The party leadership never bothered to hear us. Before the Lok Sabha election, Rajib unleashed panic in Jagulia area. He had beaten up many people including members of rival political parties. His such functioning forced many of us to quit Trinamul”

Party’s Haringhata president Uttam Saha said, “Most of the councilors were against Rajib Dalal. Moreover, people of Haringhata were not happy with his functioning. So Dalal’s removal became unavoidable”.