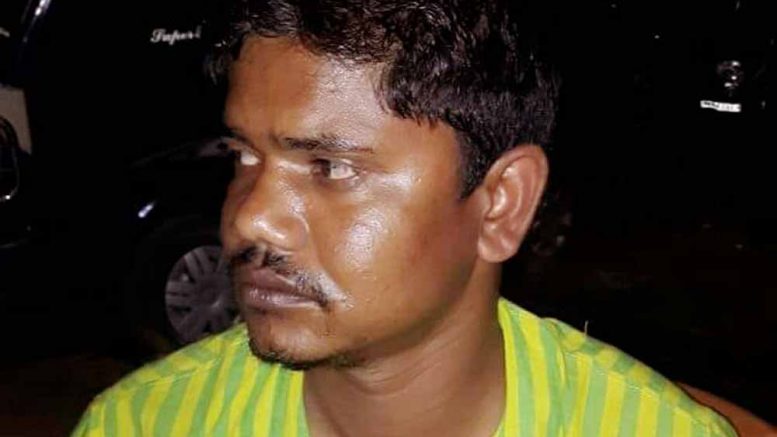 Chakdaha, Sept. 26: Over a dozen Trinamul Congress activists were injured in a clash between two factions of the party in Nadia’s Chakdah on Sunday night after a party councilor was allegedly threatened and beaten up at gun point by rival activists, bringing to the fore the violent internal bickering of the party once again embarrassing the leadership as both the erring faction accused the other of maligning the party ruled government making a nexus with the BJP and CPM.

The incident that sparked tension in Ghugia area under Ward-13 of Chakdah town later prompted police to lathi charge to disperse the mob injuring at least eight persons who were admitted to the hospital.

Party insiders claimed that the erring rival groups were belonging to Chakdah Municipality chairman Dipak Chakraborty and local party MLA Ratna Ghosh, who have been involved into ugly feud for over a year forcing the top leadership to intervene without any result.

Trinamul’s district leadership, however, ruled out any division inside the party and termed the incident as clash between two groups of local youths on apolitical issue.

Sources said, trouble broke out in Ghugia on Sunday night after some local residents, close to local Trinamul councilor Amit Rai, had stopped two youths of rival group apparently to caution them as they were riding a motorcycle recklessly in high speed through the area. This followed a spat between the two groups. The motorcyclists left the spot only to return in a group barely within half an hour with armed party colleagues from outside and attacked local councilor Amit Rai who was going to local market.

Rai, who represents ward 13 said, “I was going to market when a group of about 12 persons attacked me. Most of them are our party workers with some from my ward. They punched and kicked me first and finally one of them hit my head with the back of an one shotter and another put a sword on my neck and threatened to kill me. They, however, fled as local residents rushed in to save me”.

“They came to kill me because I am a close follower of our chairman Dipak Chakraborty. These people are close to party MLA Ratna Ghosh who has been using her aide, party’s Chakdah town’s youth wing president  Sadhan Biswas to harass Dipak Chakraborty and his followers. They also don’t like me as I am a tribal and sincerely work for benefit of local people without any political prejudice”, the assaulted councillor alleged further.

Local sources said, after the miscreants fled, the party activists close to the councilor allegedly attacked the local youth wing leader Manual’s house, who is loyal to MLA Ratna Ghosh. They allegedly ransacked his house and also beaten up his wife. Police rushed to the spot and started lathi charge.

The councilor, however, accused police of playing a partisan role being directed by MLA Ratna Ghosh. “Police unleashed terror and beaten up innocent people including women entering houses in the night”, Rai alleged.

The MLA, however, refuted the allegation. “I don’t dictate police about its action.

She, however, said, “It was a clash among local youths on local issue which I do not know. But, some people deliberately trying to give it a political color. These people using the name of Trinamul Congress but actually helping the BJP and trying to create an unrest among people. They are making a ploy to malign our party and the state government. I am quite aware of these people who are desperately trying to show a poor land and order situation in Chakdah embarrassing police which have been doing a great job taking action against the criminals”.

Chairman of Chakdah Municipality said, “People of Chakdah are wise enough. They know quite well that a popular Trinamul Congress councilor cannot be beaten by Trinamul supporters in his area. People understood who are in nexus with BJP”.

Meanwhile, Trinamul’s Nadia district president Gourishankar Dutta said, “There is no division in the party at all. It is a trivial issue not associated with party”. However, party’s youth Wong’s district president Satyajit Biswas blamed Councillor Amit Rai for leading the attack at Youth wing leader Samar Manual’s house. “As far as I know it was the councillor who led the attack to Samar’s house”, he said.