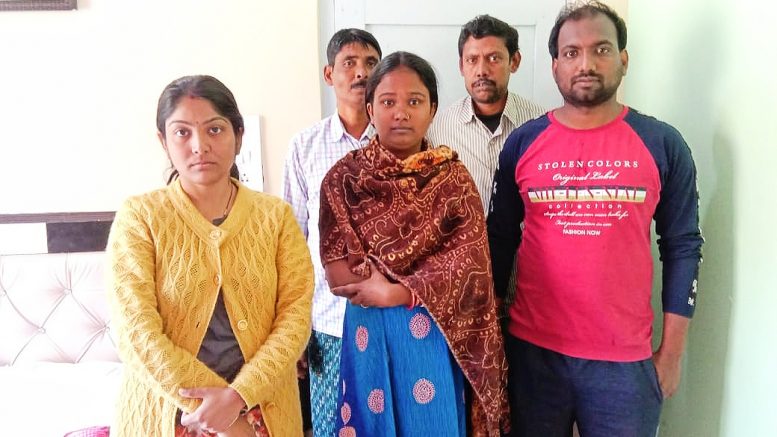 Santipur, March 27: Five school teachers and their family from Nadia’s Santipur town have left stranded in Rewalsar in Himachal Pradesh since the centre has announced Nationwide lockdown in its endeavor to fight the Covid 19. The Himachal Pradesh police stopped their vehicle when they were returning to Shimla from Manali last week and put them under quarantine for 14 days in a hotel. But, the hotel owner asked them to leave within the next two days unless they pay the rent in advance for the unscheduled period.

Finding no way the team members through a video message have appealed the Bengal chief minister to rescue them from such a situation.

The 15 member team including three children, who left for Himachal Pradesh on March 16, was stopped by the police in Rewalsar in Mandi district on the way to Shimla, around 150 km ahead, on March 20 evening. Police, however, did not allow them to move further even though the state government had moved out all tourists traveling in the state.

Himachal Pradesh government had announced a statewide lockdown on March 23 and had sealed its borders to avoid any possible transmission of the coronavirus. The deadly disease has so far claimed one life in the state.

Anup Sikdar, a member of the tourist team said, “We came to know about restrictions on the tourists after reaching Manali. So we decided to cancel the remaining part of the itinerary and to return from Shimla. But, police stopped us in hill town Rewalsar. We urged them to allow us to go Chandigarh, outside Himachal, but they refused and put us in a nearby hotel at our cost”. “We had a schedule return journey from Amritsar from March 27, but we cancelled it and booked a return ticket on Jammu Tawai Express from Pathankot on March 23. But, on the previous day, the police brought a medical team to the hotel who screened us and advised for 14 days home quarantine even though no suspicious symptoms of Covid 19 were visible in any of us”, Sikdar, a resident of Santipur Bagchipara said.

The team members said that the police authorities have sternly asked them to stay inside until April 5 the hotel and to leave the hotel only with their consent. But, such an unplanned stay has at their cost has made things tough for the tourist team from Bengal.

Bidhan Biswas, another member of the team said, “We have scheduled tour plan and came with limited money. Now, this two-week mandatory isolation at the hotel has made things tough for us. We are running out of money since we are being compelled to pay room rent @Rs.1000 per day for five rooms apart from Rs.1000 for the combined common kitchen as well as the cost of groceries and vegetables for daily consumption”.

“At present, we have a daily expense of about Rs.7000 for the stay in isolation. We will hardly be able to pay for a maximum two more days, whereas the hotel owner has asked us to leave unless we are able to pay the rent in advance”, Biswas added.

The team members are anxious as they have to grossly incur an approximate amount of Rs.1.5 lakh if they are compelled to stay at the hotel until the lockdown deadline of April 14.

“This is going to be a horrible situation for us. We are all primary school teachers and joined service in the recent past. We appealed to the local police administration to arrange an exemption for our stay in consultation with the hotel. But, they refused to entertain any such request”, team leader Anup Sikdar said.

Meanwhile, five friends Anup Sikdar, Apurba Pal, Bidhan Biswas, Debasish Biswas, and Anjan Biswas have urged their friends in Santipur to help them depositing the cash to their bank account.

Meanwhile, family members of the five families have been spending sleepless nights. Mamata Pal, mother of Apurba Pal, a resident of Ward 1 in Santipur said, “We have no idea how to bring them back. We are not financially strong enough to help them either in such a situation. The state government can only come to their help”.