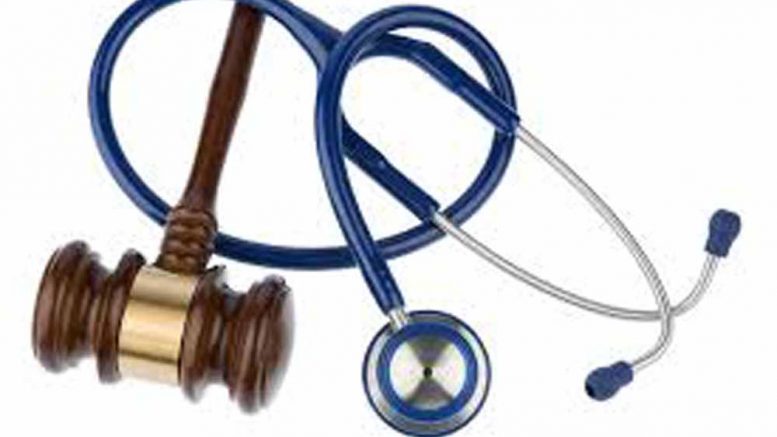 Karimpur, June 1: A doctor of state government owned hospital in Nadia’s Karimpur has been accused of negligence as he allegedly refused to check blood report of a 3day old baby, suspected to be suffering from jaundice, who eventually died without treatment as the nurses could not administer any medicine in absence of any advice.

Police have today started a case of culpable homicide not amounting to murder against doctor Apu Sarkar of Karimpur Rural Hospital on the basis of a complaint lodged by father of the baby Anarul Sheikh of Pipulkhola village in Thanarpara at the Karimpur police station.

Police today recovered the body from hospital following an unruly situation created by child’s father  and relatives accusing doctor of negligence and sent it for post mortem to the Saktinagar  district hospital in Krishnanagar.

Complainant Anarul, a mason by profession, in his complaint stated that his wife Rejna Biwi delivered a baby on May 29 under doctor Niranjan Roy. The baby was, however, referred to Apu Sarkar later, who on Wednesday afternoon advised a bilirubin test for the child. The test was done at the same hospital and the report made available by the evening, but the doctor allegedly could not make time to check report showing various excuses to give her necessary advise of treatment.

Anarul said: “There was no visible problem in my baby. Doctor Apu Sarkar during his round in the afternoon advised bilirubin test which was dome immediately and report made available before evening. I met the doctor with the report but he refused to see it claiming he was busy with emergency cases. From evening to about 10pm in the night I repeatedly tried to show him the blood report, but in every occasion he asked me to come later. At one time I was forced to leave inside of the ward and the report could not be checked at all. The condition. Of the baby worsened later in night. My wife told the nurses to take remedial, but nurses expressed their helplessness. The baby died at about 4.40am”.

Hospital sources claimed that the baby’s bilirubin count was found 9.13 in the tested blood sample, clearly indicating that the newborn was suffering from jaundice.

Accused doctor Apu Sarkar  refuted the allegations.  He said: “I suspected jaundice in the baby and advised blood test yesterday afternoon. It found to be true. There was no negligence on my part. It is true that there was delay on my part in checking the blood report as I suddenly became very busy attending some emergency cases. But it was checked and medicines were prescribed in time. The baby was also taken to SNC unit. But unfortunately, the baby did not survive”.

A number of doctors on anonymity said that newborn with high bilirubin level and clear symptoms of jaundice is a common  problem, which is quite curable if diagnosed in time with proper administering of medicine particularly keeping the child in SNCU.

An investigating officer of Karimpur police station said: “We have started a case against the doctor for causing unintended death. We would call him for interrogation and seek opinion of medical experts into the matter”