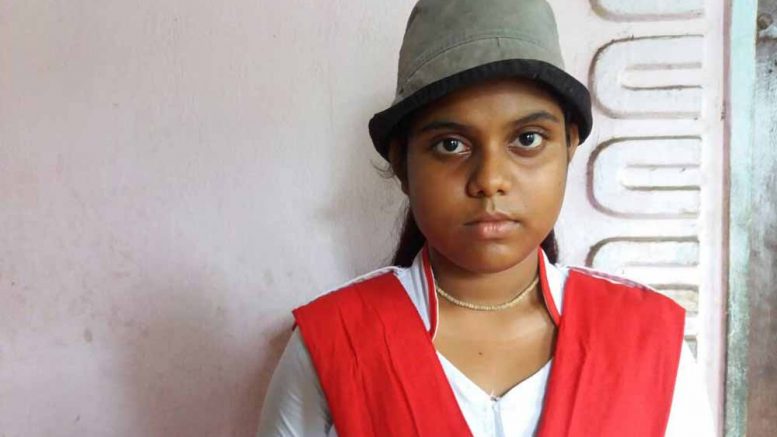 Ranaghat, June 2: In early parts of 2015 when Rajeswari was diagnosed Hodgkin’s lymphoma, a type of cancer, doctors at the Tata cancer hospital in Newton, Calcutta advised her to take a break from study for at least for 2 year’s for the medical treatment. But, Rajeswari humbly decided to go own way. A student of class 11 of humanity at Ranaghat Barajabala Girls’ high school, she had a strong resolve to win over the disease. The prolonged treatment that commenced coupled with painful chemotherapy forced her to abstain classes for long days, nevertheless, she did not give up. Two year’s later on Tuesday, the 18 year old girl from Uttar Nasra in Ranaghat come up as a winner as she passed the Higher secondary examinations with 71.2% marks.

Headmistress of Ranaghat Barajabala high school Bijoya Roy said: “Rajeswari is synonymous with strong resolve and determination. Such strong courage to fight a deadly disease and to come up and winner is a rare experience to me. I salute her”.

“I want to live..I have to go a long way and for this I need a job anyway.There is a financial crisis developed. I have to manage the cost of my treatment and to keep my mother safe as well” –  Rajeswari

For the past two years Rajeswari had been suffering from Hodgkin’s lymphoma (HL), a type of lymphoma or cancer that starts in white blood cells called lymphocytes.

Her mother Manju Roy, a health worker of Ranaghat Municipality, said: “Her problem started with repeated fever, sweating, prolonged cough and cold with no sign of recuperation. Several tests failed to identify her problem initially. A biopsy of enlarged gland of throat finally detected HL”.

“It was terrible feeling, our hearts broken. But my daughter was an exception, she never lost hope and decided to fight back. She lost classes, private tuitions, but managed everything at the end”, she added.

Rajeswari said: “At class 11 I had to abstain classes for the treatment I was undergoing. There was no way. I prepared later with help of teachers and notes supplied by my friends. It was tough job to make preparations without attending class lectures, but I had to do it”.

The girl, who never lost hope while fighting the disease, however, now passing days in a sombreness. Her father Rajesh Roy, a grocer ended life on May 22 being depressed over the increasing cost of her treatment. “His death changed my world, I never lost hope, but Baba’s death is a blow to me. I feel pain for him…”, Rajeswari broke down in tears.

Rajeswari who wanted to become professor in political science. But now she somehow wants to complete her graduation and then she would like to try for a job. She said: “I want to live..I have to go a long way and for this I need a job anyway.There is a financial crisis developed. I have to manage the cost of my treatment and to keep my mother safe as well”.